Six people would be charged with organizing gambling and the others with gambling, the Ministry of Public Security said.

The gambling operation was run through a multilingual website hosted on an overseas server, the report said.  It was mainly active in Hanoi, Hai Phong City and Thai Binh Province in the north, and Ho Chi Minh City and its neighbor Ba Ria – Vung Tau Province in the south. 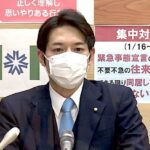