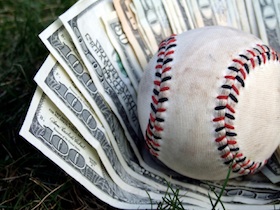 Union Minister of State for Finance, Pon Radhakrishnan, has said it’s up to individual states to decide on how to regulate gambling on fantasy sports, Glaws reports.

In response to questions raised in parliament, he said that betting and gambling comes under Entry 34 of List II of the Seventh Schedule of the Indian constitution and that the state governments are competent to enact laws on the issue.

He was responding to an unstarred question raised in the Lok Sabha by Telangana Rashtriya Samiti (TRS) MP AP Jithender Reddy.

Reddy, in an unstarred question dated 8th February, 2019 sought to know whether the central government proposes to regulate fantasy sports; the number of cases pending in consumer courts relating to fantasy sports and whether fantasy sports is a ‘game of skill’ or gambling/betting as per Supreme Court’s decision.

The central government did not provide specific data on the cases pending in consumer courts relating to fantasy gaming. The finance ministry also did not state whether it intends to bring any law to regulate financial transactions relating to fantasy sports or gaming.