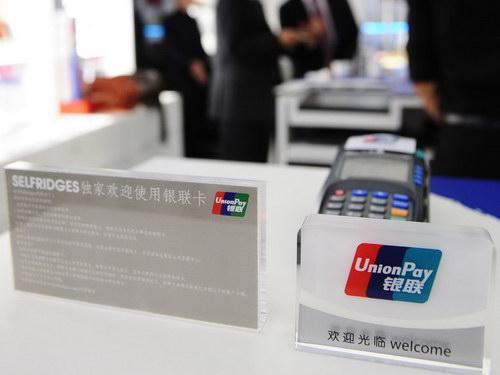 The seizure of UnionPay point of sale terminals (POS) from pawn shops in Macau earlier this month triggered a slide in operator shares on fears of tighter capital controls, though the continued use of illegal devices means there has been little impact on revenue.

“That included terminals in shops located inside casino properties, but also at some shops straddling casinos on the peninsula,” said Ben Lee,managing partner at iGamiX Management and Consulting.

Asia Gaming Brief asked for comment from the Macau General Chamber of Pawnbrokers, but received no reply.

Hoffman Ma, executive director of the the Success Universe Group said his Ponte 16 property had not been affected by the withdrawal and “the impact was minimal” industry-wide.

In a report released earlier this week, DS Kim and Sean Zhuang, analysts with JPMorgan Securities, estimated that Macau’s gaming revenue for the first 10 days of June was actually better than May, despite both the crackdown and fears that the football World Cup would lure bets away from the casino floor.

Lee agrees the effect of this crackdown was not significant, but that’s because shops are  “bringing out illegal POS devices” allowing them to “continue their service uninterrupted.” In addition, touts continue to operate “illegally” on the casino floor, using mobile POS devices smuggled into Macau, he says.

Ma said it “has been stated very clearly that the recent action taken by the authorities was based on anti-money laundering.” He said authorities  “have received a complaint over a particular incident and obviously they are investigating on that,” although he declined to disclose further details. “They want to freshen up the message that each shop with a UnionPay terminal has to comply with the law,” he added.

After the crackdown was first reported on June 6th, the Monetary Authority of Macau (AMCM, in the Portuguese acronym) issued a vague statement, which did not directly mention the removal of UnionPay terminals. Asked by AGB, the regulator did not comment on whether or not there had been any particular incident that led to the crackdown. It said it has been asking all banks to “establish sound risk management” for financial services granted to shops, including “adequate due diligence on, and ongoing monitoring of the merchants” over money laundering. It’s up to the banks to decide “if they should establish, or continue the business relationship” with any given shop, AMCM added.

Withdrawal of the terminals came without prior notice to the industry. “Most of what I know I’ve read it in the weeks,” Ma said.

Lee adds the whole market was caught by surprise because the action appeared to have been launched by mainland Chinese authorities, without warning Macau. Though he points out it’s  not the first time this has happened. China arrested about 100 people in Guangdong and Shanghai who were shipping POS terminals to Macau and “only told the Macau Government after they had done it,” Lee said.

Ma says the latest move on UnionPay POS is part of a global drive, together with other recent measures to reduce the daily and annual ATM withdrawal limit, connect ATM cards to IDs, and implement facial recognition. “I see it as an ongoing general improvement on law and governance, in particular when it comes to financial products.”

However, Lee warns that this incremental battle against capital outflows is being “compromised by the lack of action against these surrounding activities,” such as illegal UnionPay POS devices. There has been a spillover effect, “to absorb the impact” of these tighter controls and meet the demand, for any method that can help people get money out of mainland China.

Morgan Stanley has noted the removal coincided with statements from China’s central bank that it would work closely with law enforcement to crackdown on illegal foreign exchange trading and underground banking. Both the investment bank and brokerage Bernstein Research said the removal of the terminals may be to improve know your customer technology, such as adding facial recognition, but no timeline has been given for when confiscated machines will be returned.