The U.S. Treasury Department has officially sanctioned Wan Kuok Koi, also commonly known as “Broken Tooth,” and his Hong Kong-based company Dongbei Group for corruption and bribery. The U.S. says Broken Tooth is the leader of the 14k Triad Group and his company is behind a major investment project in Myanmar involving casinos. 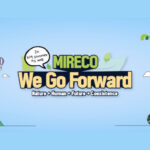 South Korea - December 17, 2020
The long periods of business suspension and other restrictions on Kangwon Land related to the Covid-19 pandemic, pushing the firm into unaccustomed losses this year, is creating an even bigger financial crisis for its largest shareholder, the Mine Reclamation Corporation (Mireco).