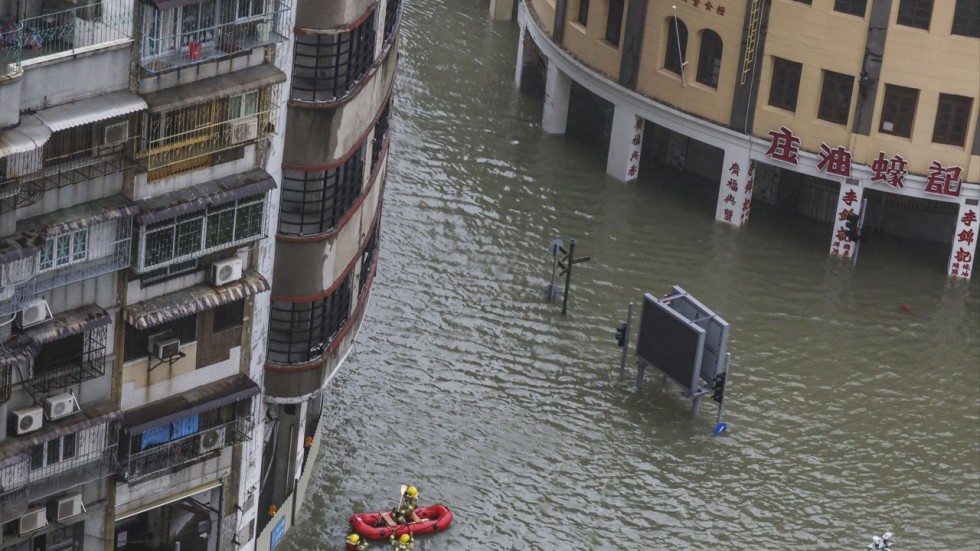 Macau’s Statistics and Census Bureau (DSEC) has estimated at least MOP1.55 billion (US$191.6 million) in economic losses occurred as a result of Typhoon Mangkhut, which struck in September.

DSEC said the estimation came from data collected from various sources for analysis and estimation, including information provided by different government departments, historical data on business performance of different economic activities derived from the DSEC database, assessment of damages on buildings through on-site inspection by DSEC enumerators, and estimation of losses gathered from some affected enterprises.

In September, the Macau government made the decision to shut down 42 casinos across the city to protect workers ahead of Typhoon Mangkhut’s arrival.

The temporary closure of casinos caused GGR in September to rise only 2.8 percent year-on-year to MOP21.95 billion.

Union Gaming analysts said that if it wasn’t for the typhoon and closures, GGR growth would likely have been quite close to initial expectations of 14 percent year-on-year growth.