Fung who bought the loss-­making casino with 39 gaming tables and two bars for $6 million in December will rename Discovery Resources, Aquis Entertainment, The Australian newspaper reported.

The new entity’s board will be headed by Fung as the owner of the Aquis Group; his son Justin Fung and investment banker Raymond Or Ching-Fai, chairman and chief executive of China Strategic Holdings.

In the first stage, Aquis Entertainment proposes to raise $2 million via the placement of 10 million new shares at 20 cents each to help pay for the casino’s refurbishment, which is still subject to approval from the ACT’s gaming regulators.

Skyline lays off more than half of its staff

May 6, 2020
Skyline Enterprises, operator of the Christchurch Casino, has announced that more than half of its 1,200 staff across its company divisions will be laid... 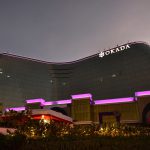 May 12, 2020
Universal Entertainment announced on Tuesday that monthly reporting on Okada Manila’s financial results would be suspended for the time being due to Covid-19. This followed... 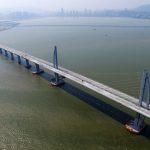 May 15, 2020
China has issued a financial support guideline to boost the development of the Greater Bay Area, which includes Guangdong, Hong Kong and Macau.