Tokyo Governor Yuriko Koike announced on Wednesday night a series of measures that amounted to a soft lockdown of the Tokyo Metropolitan District.

The governor urged Tokyo residents to remain in their homes, especially on the weekends, unless it was necessary that they go out. This included a calling for all large-scale public events to be cancelled, as well as the suspension of business at live music houses, restaurants, and other gathering places.

These moves were triggered by the discovery of 41 new cases of Covid-19 on Wednesday, far more than had ever been recorded on a single day.

There is, however, no legal force to Koike’s measures, though she appeared to suggest that tougher enforcement measures might follow if the public refused to cooperate with her requests.

These measures are scheduled to remain in force until mid-April, though extensions are possible.

The population of the Tokyo Metropolitan District is just shy of 14 million people. 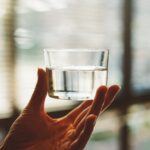 Cambodia - March 17, 2021
Visitors who moved freely around their casino hotel in contravention of quarantine rules have lead to a spike in cases in Cambodia's Kandal province and the resulting closure of many of its casinos.