Opinion polls in Japan continue to reflect general antipathy towards the notion of establishing IR in the country, with opponents outnumbering advocates by 2-to-1 or even 3-to-1 margins.

AGB visited Osaka-based lawmaker Tadashi Shimizu of the Japan Communist Party, who is one of the most dedicated of IR opponents, to explain his views on the matter.

In the interview—of which a six-minute video excerpt is available here—Shimizu took on the arguments of IR proponents point-by-point and offered his counterarguments.

First of all, he pointed to the fact that the IR legislation was being pushed into enactment without the consent of the Japanese people, and thus the government’s policies lack democratic legitimacy.

From Representative Shimizu’s point of view, gambling is not harmless entertainment, but an industry built upon the misfortunes of the losers, and subjecting many people to the temptations of gambling addiction, which will ruin their lives and those of their families. He states that the many forms of gambling already legalized in Japan—including pachinko—amply demonstrate this reality.

He does not accept that IRs are engines of true wealth creation, but rather a case of shifting money “from the left hand to the right hand.” Visitors to IRs, he suggests, will overwhelmingly spend their money within the IR facilities, leaving local businesspeople who are expecting increased visitors to their nearby shops largely disappointed.

Citing data from South Korea, he suggests that through the increased cost burden of dealing with the security, legal, and healthcare aspects of casinos, the general public will actually wind up paying more than they benefit from hosting an IR.

His conclusion is that operators and a handful of businesspeople do stand to profit from the establishment of IRs, but there is no true benefit at all for the Japanese people.

Arguments similar to those of Representative Shimizu, according to the polls, currently form the majority of the general public opinion in Japan. 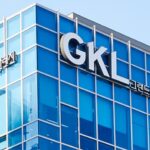 South Korea - February 10, 2021
Grand Korea Leisure has turned in its unaudited financial reports for the full year 2020, headlined by the fact that it had a consolidated operating loss of KRW88.8 billion (US$79.9 million).

Japan - February 15, 2021
Universal Entertainment said it's considering a listing on either the New York Stock Exchange, or Nasdaq, for the holding company of its Philippines integrated resort business, which operates Okada Manila.