“Thailand is somewhat of an enigma clouding the public perception of a freewheeling fun and party tourist destination with the cultural reality of a very conservative society,” said James Kaplan, CEO of Bangkok based Destination Capital. “Religious beliefs and respect together with conservative family values pervades Thai culture. Buddhism is the fundamental base of the education and belief system, and for most people, gaming is really a bad thing.”

Kaplan, who has more than 30 years of experience in the hospitality industry in Asia, said it was likely that the Government initiated a public campaign to solicit comments as a trial balloon to test public reaction. The immediate feedback from the public so far has been negative.

Academics quoted in a recent Bangkok Post article claimed that the police force needs a fundamental overhaul if there is to be any success in clamping down on illegal activity. An opposition politician this month even accused Prayut himself of illegal gambling links. 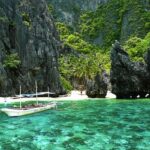 Macau - January 28, 2021
The New Year hasn’t brought the relief that had been hoped for Asia’s devastated tourism industry, with new outbreaks of Covid-19 across the region dampening expectations for an early opening of borders. 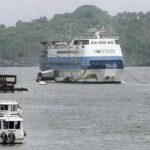 India - February 1, 2021
States in India may be more receptive to legalizing casinos and potentially considering hybrid models following the Covid-19 pandemic, however centralized regulation is key to developing the gambling industry.