Elephants took to a football pitch in Thailand’s ancient capital of Ayutthaya this week in an effort to raise awareness among young people about illegal gambling.

The Thai Chamber of Commerce estimates that $1.8 billion will be bet during the FIFA World Cup in Russia this year, almost half the amount bet in 2014 amidst a crackdown on illegal gambling.

But industry experts are sceptical and say the real figures are much higher, especially amongst young people who have increasing access to mobile phones and the internet.

Officials says the predicted lower spending comes against a backdrop of a police crackdown on gambling, especially since early May and in particular the decision to target online sites focused on the youth market.

Since January 1 this year to end May, almost 3,200 people have been taken into custody with ties to football gambling, with the Anti Money Laundering Office (AMLO) saying it will seize the assets of those detained.

Authorities say attention will also focus on online websites including Facebook, to see whether the popular platform is being used to forward messages that may be in breach of the Gambling and Computer Acts.

But Tim Shepherd, founder and director of gaming industry investor, Fortuna Investments, was skeptical the crackdown will have a significant impact on betting trends compared with the World Cup in 2014.

“I don’t see the old crackdowns working any more than they did four years ago,” Shepherd said in an email.

“Yes, they’ve closed off a lot of popular sports betting domains down but these marketing teams are way ahead of them and have other pages to send them to,” he said.

He said the forecasts fell short of the real figure given the relative buoyancy of the Thai economy.

Analysts note the increased trend of gamblers betting online and smartphones is making it more difficult for authorities to curb betting.

In the past traditional football betting in Thailand had centered on bookies taking bets and passing them through to centres in Bangkok’s Chinatown area before being forwarded to Malaysia.

But the digital age has led to major changes especially with the youth market.

Bangkok-based Chulalongkorn University’s Centre of Gambling Studies says it expected a surge in online gamblers on the World Cup.

The Centre’s director, Nuannoi Trirat, said football betting was ranked as the fourth-most popular form of gambling in Thailand behind the lottery, including both illegal lotteries and the official state lottery, and card games.

The Centre’s latest survey reported that 75 percent of the population, or almost 40 million, Thais had “experienced gambling.”

The research team noted that overall there had been an increase of 1.5 million in the numbers of gamers across all sectors since 2015.

Shepherd has noted that the crackdowns by Thai authorities generally result in a spike in business at sports bars and casinos in neighbouring Laos and Cambodia, as well as Myanmar.

Casinos in Cambodia’s Poipet have in the past reported a spike of five to 10 times more money flowing in gambling during the World Cup, largely at the sports bars.

The crackdown does little to dissuade punters, says Visanu Vongsinsirikul, a specialist in gambling studies and an economics lecturer at Dhurakij Pundit University. Visanu says it has become easier for gamers to lay bets thanks to the smartphone.

Visanu says the current World Cup is set to draw in more and new gamblers largely from the youth market.

Studies have estimated that of the 500,000 university students in Thailand, 20 percent will be actively betting on the games. The studies also indicated that a third of those gambling would do so online, while 10 percent of this group would act as both player and agent.

He recommends if officials are looking to effectively crackdown on football gambling they must look to “intervene” against websites, and disrupt online betting services.

The Thai military led government has made a crackdown on illegal gambling part of its policy since coming to power in 2014 in a bid to weaken local influential and mafia figures.

The Anti Money Laundering Office (AMLO) has also been drafted in to freeze hundreds of bank accounts from more than a dozen financial institutions of persons suspected of ties to fraud and illegal gambling.

AMLO had also required the banks to report suspicious transactions, along with several e-card payment companies that were sighted as enabling funds to be transferred.

Thailand has long had an official policy of restricted access to gambling, limited to horse racing and the official state lottery.

But the long-standing controls have led to the growth of dozens of illegal casinos in Bangkok and elsewhere throughout the country, according to gambling industry sources.

Media reports have put the Thai gambling economy — both legal and illegal at more than $20 billion annually, with just $1.0 billion accredited to the state run lottery and $250 million from domestic horse racing. 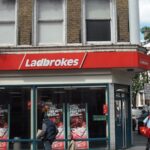