Gambling is banned in Taiwan apart from lotteries, where two firms have reported booming business. Efforts to pass a bill allowing land-based gaming on outlying islands failed after residents on the island of Kinmen voted decisively against allowing casinos in a referendum in October last year.

However, Yang said the situation pertaining to providing gaming services was technically legal, as long as the company is providing services offshore and not within Taiwan.

The gaming website needs to owned and managed by an offshore gaming license entity and the gaming service provider cannot have the same owner.

The gaming service provider then needs to enter an outsourcing service agreement with that entity and ensure that any income is derived from services, not gaming.

The Supreme Court handed down a ruling on online betting in Taiwan in 2013 and between 2014 and 2018 there have been 30 cases prosecuted. Sixteen related to domestic betting and all were found guilty, while of those providing offshore services only three were guilty.

Therefore, Yang said the law appears to permit this kind of offshore operating model, however the Taiwan Gaming Supplies and Services Association has begun communicating with the government in an effort to produce a clearer legal framework.

The Philippines is the only country in Asia with specific legislation covering online gambling, though over the past year it seen an exodus of gaming firms following changes in the law, with many in the industry speculating these companies may have transferred to Taiwan or Cambodia.

The Cambodian government is currently working on gambling legislation, though online gambling operations are permitted in conjunction with land-based casinos. 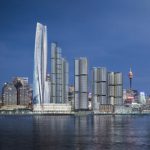