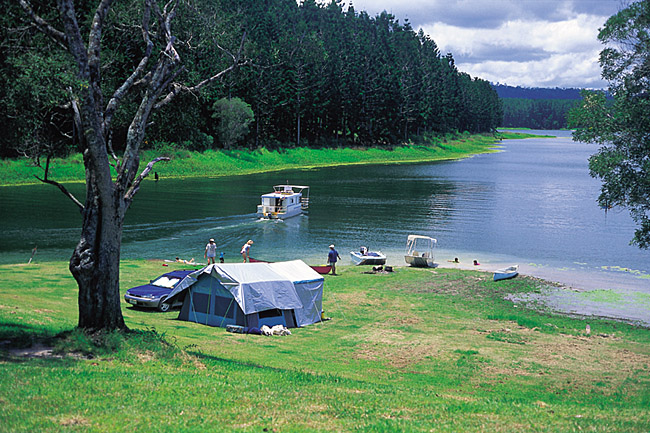 Tabcorp says it will appeal a decision made by the Advertising Standards Board (ASB) against a TV advertisement for the TAB mobile app, which it says depicts excessive gambling, local media reports.

The TV commercial for the mobile app was broadcast last month, showing a man reminiscing a recent fishing / camping trip with friends, which included looking at live and replay racing vision using the app.

In early November, ASB ruled that the TV spot had breached Section 2.8 of the AANA Wagering Advertising and Marketing Communications Code, which says gambling marketing pitches “must not portray, condone or encourage excessive participation in wagering activities.”

“The ad implied that it would be “fun” and “sociable” to lie to your partner about gambling addiction. It glamorises gambling as a kind of pleasure that one could indulge in over a weekend, but come home unsuspected,” read a complaint.

In a response to the complaints, Tabcorp said the advertisement was “not a depiction of a problem gambler concealing his gambling from his family,” and denied that it was “glamorizing” gambling.

While the ASB agreed the man in the ad was not depicted as disguising his gambling activities from his spouse, the Board did determined that the “overall suggestion” of the ad was “wagering takes priority in all aspects of the men’s weekend”.

Tabcorp has requested an independent review of the case.