Success Universe recorded a loss for the six months ended June 30, 2017, following a decrease in the group’s earnings at Ponte 16, and a dip in revenue from its travel business.

Loss attributable to owners of the company amounted to HK$21.1 million in the first half of 2017, while revenue of the group decreased 18 percent to HK$284.4 million.

The group’s shared profit relating to Ponte 16, the flagship investment project of the company declined to HK$7.2 million, down 32 percent year-on-year.

Success Universe said it faced the challenges and intense competition caused by new supply of hotel rooms and gaming tables. It has been combating this by “actively enhancing its entertainment portfolio and marketing strategy in order to maintain its competitive edge,” via introducing a new game zone “G Racing Simulators” offering 16 stations of 4k racing simulations, as well as inviting quality street performers at the outdoor plaza of Sofitel Macau.

Looking ahead, Success Universe says it will continue to focus on gaining a stronger foothold in the entertainment and tourist-related industries in the Asia Pacific region. 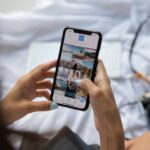 Elsewhere - January 12, 2021
2020 was the year that changed the game. Locked in their homes hoping for the pandemic to blow over, consumers spent more time and...