Hong Kong-listed Success Dragon has announced the resignation of Mr. Kwan Chun Wai Roy, as chairman, CEO and executive director of the company, with effect from September 20, 2019.

However, despite his resignation as an executive Director, Mr. Kwan will remain as a director of certain subsidiaries of the company, according to Success Dragon’s filing to the HK stock exchange.

Mr. Ding has been appointed as an executive Director since 1 April 2018. Mr. Ding has a strong background in mining businesses, including director and chief executive officer of

The company has also announced the resignation of an independent non-executive director, Mr. Chi Dong Eun, noting his decision to focus his time and effort on his other business.

The company has also announced the appointment of Mr. Liu Hu, as an executive Director with effect from 20 September 2019. 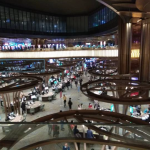 “Worst may be over” for Resorts World Genting: RHB

Malaysia - September 22, 2020
The “worst” of the crisis may be over for Resorts World Genting, with a significant improvement in visitation since it reopened three months ago, RHB Research said in a note. 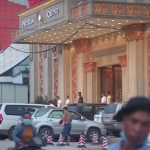 Cambodia - September 29, 2020
Cambodia’s more than one hundred casinos are in the process of reopening, according to a report in the Phnom Penh Post. The report quotes Ministry... 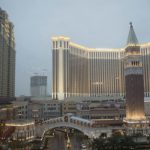 Macau - October 7, 2020
Macau’s existing six casino operators are likely to retain their licenses, but the government is likely to impose extra economic conditions in return, according to a lengthy analysis of potential outcomes of the concession renewal process by Bernstein Research.