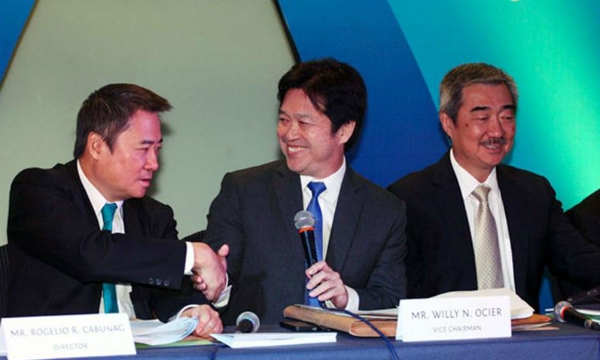 The next Philippine government should discourage the near-term expansion of casinos outside of Entertainment City, said Belle Corp. vice chair Willy Ocier, reports The Inquirer.

Ocier made the comments after Enrique Razon Jr, owner of the Solaire Resort and Casino in Entertainment City, announced they are looking at a new casino project in Quezon City next year.

Belle’s City of Dreams Manila was now on its second year of operations and was poised to post year-on-year growth, said Ocier, but noted that smaller casinos, gambling cafes and slot parlors around the capital district were pulling away customers from the casino complex.

“We spent more than $1 billion in [City of Dreams],” Ocier told reporters at the sidelines of the company’s annual meeting Monday. “If the government allows smaller casinos, here, there, everywhere, it defeats the purpose of why we are here, an integrated casino.”

This week, the Midori Clark Hotel and Casino at Clark Freeport Zone, Pampanga, on Luzon Island in the Philippines announced it was to have a soft opening for the casino, initially with 12 gaming tables and 140 machines.

Ocier said the situation in Manila could turn out similar to Las Vegas, where Native American gaming facilities located in Indian reservations hurt the earnings of Las Vegas based casinos.

Ocier called for the new PAGCOR administration to “direct all traffic to Entertainment City.”

“That’s where the infrastructure is concentrated,” he said. “I don’t mind competing in that environment where casinos are together. People will jump from one casino to another.”

The vice chairman also mentioned the company may consider expanding depending on the growth of the gaming industry, but clarified that nothing was on the table at the moment.

“We really  have to wait for the next Pagcor board, which is a few months away,” Ocier said. “We will also have to make the adjustment in terms of our projections and strategies if they [Razon’s group] are allowed to put up a casino in Quezon City.”