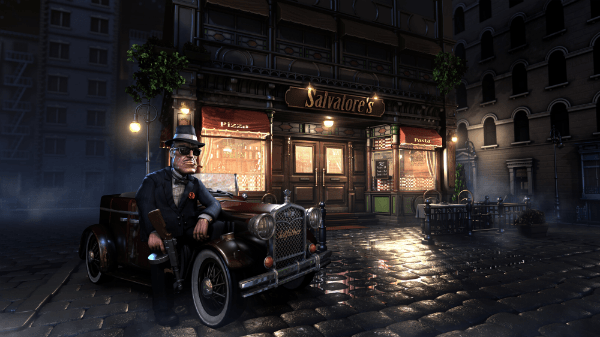 Betsoft Gaming, creators of the ground-breaking Slots3 franchise of true 3D video slots, have announced the games that will be showcased during the ICE Totally Gaming expo this year.

The games include Slotfather II – the long-awaited sequel to the Betsoft smash hit Slotfather;  Fa Fa Twins –  an adorable any-ways pays slot; and Sin City Nights – a Las Vegas themed game which was launched in December to resounding popularity.

Betsoft’s stand at the show will be predominantly gangster themed to highlight the upcoming launch of Slotfather II, bringing elements – especially the Slotfather throng of thugs – of the gangster underworld to ICE.

Slotfather II features Betsoft’s tall symbols, icons which take up an entire reel. The exciting bonus round shows off the tremendous flexibility of Betsoft’s new, proprietary Shift platform, providing a new level of quality to the smoothly cinematic experience for which Betsoft is widely known.

Also to be revealed at ICE this year is Fa Fa Twins, a game with 243 paylines hosted by a pair of adorable, anime-styled twin sisters. The brilliant red-and-gold styling, coupled with classic Asian iconography, sets the stage for massive wins, as the game pays all ways and features reels that can lock and synchronise when their symbols match.

“We are thrilled to bring Slotfather II, Sin City Nights and Fa Fa Twins to ICE,” said Mark McKeown, Betsoft’s VP of sales and marketing. “These games, vary in theme and functionality and represent the true heart of Betsoft. We continuously strive to produce the very best content available today in the iGaming market. The power of our new Shift Platform supports these new games, leveraging the remarkable strength of HTML5 to create an exceptional iGaming experience. A playable demonstration of Slotfather II will be available for ICE attendees to explore at our stand S3-312 during the show. We invite all attendees to stop by our stand. It’s an offer you can’t refuse.”