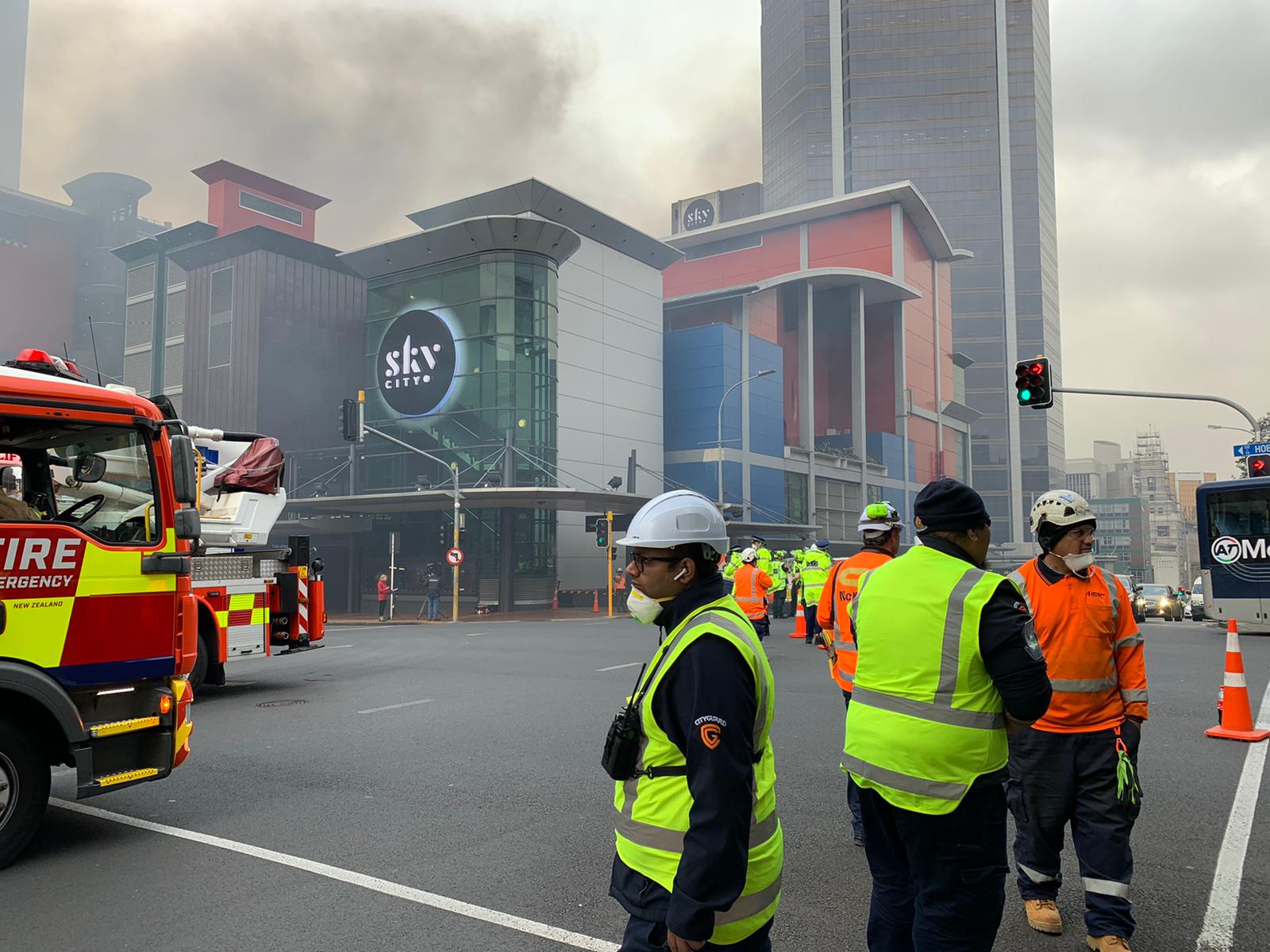 The fire in the roof of SkyCity’s partially built new international convention centre in downtown Auckland is still burning but firefighters say it will likely burn itself out.

Eighty firefighters fought the blaze overnight using cranes to reach difficult to access parts of the roof while roads around the convention centre remain closed and staff in nearby buildings are being told to work from home again today.

Over eighty percent of the roof of the partially built seven story building has been destroyed as firefighters sought both to prevent the blaze spreading to other buildings and to contain it.

Fire and Emergency site commander Ron Devlin is expecting to move into a recovery phase during today where firefighters will remove burnt material, pump out water from the lower floors and the basement and quell the remaining flames.

Yesterday SkyCity’s Chief Executive Graeme Stephens was talking about reopening Sky’s two hotels, casino and other facilities which are adjacent to the convention centre but that was dependent on the fire being out.

This morning SkyCity confirmed that it was now working to a new target of Friday rather than today for reopening its other facilities.

Auckland City Mayor Phil Goff has been on site and said this morning that it was looking a whole lot better than 24 hours earlier. New Zealand’s Prime Minister Jacinda Ardern has also been on site and praised the work of the firefighters.

Speculation has already begun in the commercial community about the nature and size of the potential liability and who will be responsible for the costs.

SkyCity Entertainment Group won’t name its insurer but has said that it is an international company and that the consequences of the fire and any disruption to its existing operations are fully covered. The cause of the fire has yet to be determined but it is believed to have started from a blow torch igniting some flammable material on the roof.