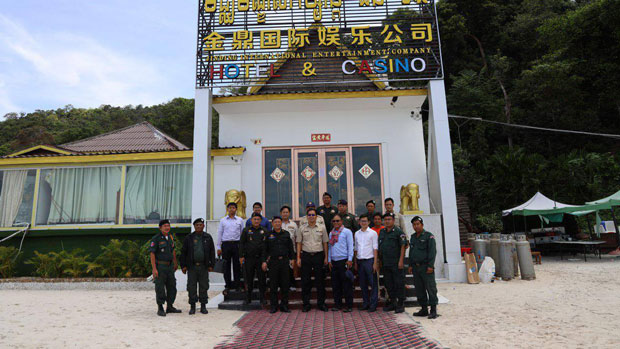 A Chinese-owned casino in Sihanoukville has been forced to close for pollution, the promotion of illegal online betting games, and other disturbance complaints.

The Jin Ding Hotel and Casino was ordered in March to close for operating without a license and releasing untreated sewage water directly into the sea. It was also found to be playing loud music on the beach, which is a violation of the law.

Sources said that the order to close and the follow up to that order was ignored.

Sihanoukville province spokesperson Kheng Phyrum said that police and court officials have now closed Jin Ding, with its owner forced by a court official accompanying police to sign an agreement to close it down.

“If the owner doesn’t comply with this agreement, the case will automatically be sent to the court, and the owner will face prosecution,” he said.