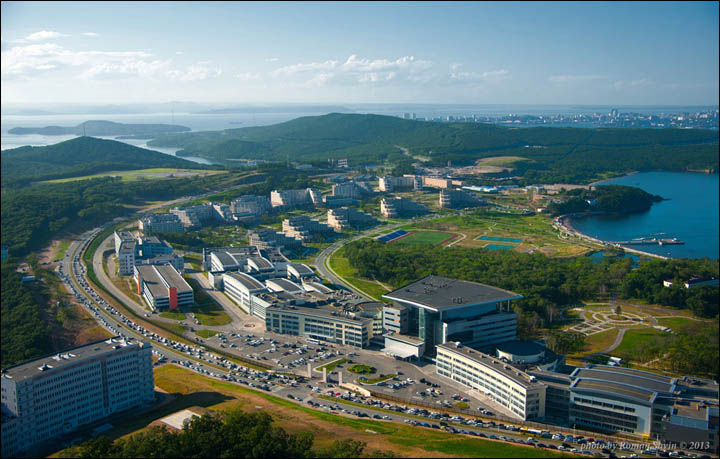 Russia’s Primorye entertainment zone has just held a new round of bidding for land plots, attracting a major investor with plans for a 16,000-square meter integrated resort complex.

Russian businessman Maxim Smolentsev, who heads Shambala, presented its plans to the governor of the Primorye Territory Andrey Tarasenko earlier this year and then took part in a land auction at the end of May.

The company has more than 15 years of experience in the Russian gaming industry, though its Azov City casinos are being forced to shut down at the end of this year after the federal government chose to close the gaming zone.

The new complex in Primorye, which is in Russia’s Far East, close to Vladivostok, will include a casino with 500 EGMs and 50 gaming tables, as well as a five-star hotel with 270 rooms and a spacious nightclub.

Total investment in the project is estimated at RUB 8 billion, (US$128.6 million), with design works to begin in September 2018.

The concept was developed by the international architectural company AEDAS, which designed The Venetian casino in Macau and Marina Bay Sands in Singapore. For the implementation of the project, the investor needs two free plots of land, the Development Company of Primorski Krai said on its website.

After this latest auction, there are eight remaining unoccupied land lots in the region, which the development corporation intends to auction off in the future. It says it’s in talks with several investors, who have expressed interest in development.

So far seven investment agreements have been signed, but only one casino is operational. After a slow start, Summit Ascent’s Tigre de Cristal appears to be ramping up. Adjusted property EBITDA for Oriental Regent, which operates the IR, rose 32 percent in 2017 to HK$173.7 million. Total revenue jumped 46 percent to $470.8 million, with the VIP business being the main driver for growth. Rolling chip turnover last year was $18.8 billion, up 33 percent.

The resort was voted the best in Russia in the World Travel Awards 2018, beating out three Radisson properties and two other resorts.

The company plans to present plans for the second stage of the resort in summer, which is expected to have a greater focus on non-gaming attractions.

“We are considering the possibility of creating a golf club and a ski resort. These are the kinds of entertainment that will allow you to relax at the resort Primorye all year round,” Stylianos Tsifetakis, the property’s chief operating officer, said at a presentation in March. “In addition, our new Taiwan shareholder plans to create one of the largest shopping centers in the Far East located in the IER Primorye.”

Cambodian casino operator NagaCorp is also pushing ahead with its project in Primorye. Naga Vladivostok is scheduled to open next year and the company recently commissioned a Chinese railway company to build a 380 km high-speed railway linking Vladivostok and Mudanjiang to improve access to the zone, according to media reports reports.

NagaCorp refused to comment on the news “until an active phase of the work in this direction starts,” but it did reaffirm plans “which were announced during the signing of a relevant agreement.”

A third resort being developed by Russian group Diamond Fortune Prim is also expected to open next year, known as the Selena resort.

Primorye is considered the most promising of Russia’s gaming zones due to its proximity to Northeast Asia. The flight from Beijing is about two hours, making it much more accessible for residents of northern China than Macau.

The government has also eased the visa process for mainland Chinese and Korean residents easing travel.