Scientific Games Corporation today announced that it is collaborating with gaming giant Tabcorp, to enhance its keno offering in pubs and clubs across Australia.

Keno is a fun, easy game that is played approximately every three minutes. Players simply match their numbers to the numbers drawn for a chance to win over $1,000,000 for as little as $1 per game. As part of the keno upgrade, Scientific Games has supplied 750 of its advanced WAVE retail terminals.

“Scientific Games has proven to be a valuable business partner to Tabcorp. They have helped us develop and enhance our Keno business in Australia,” said Terry Fowler, general manager – Keno from Tabcorp.

“We appreciate Scientific Games’ global gaming expertise, as well as their technology innovation and commitment to responsible gaming. Our keno players will enjoy a more modern experience with the new WAVE terminals.”

To date, the company has deployed nearly 80,000 WAVE terminals in lottery and gaming retail locations around the world. WAVE terminals feature advanced ergonomics and are available in a variety of sizes to fit any retail environment. Offering a user-friendly experience, the WAVE terminals are widely praised for their reliability.

“With the upgrade to these advanced retail terminals for keno players, Tabcorp is again demonstrating their commitment to enhancing the player experience,” said Michael Conforti, president of global strategic accounts for Scientific Games. 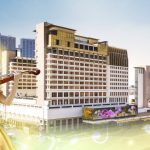 August 28, 2020
Hong Kong-listed NagaCorp bucked the negative trend and recorded a US$20.6 million profit in H1, in spite of a temporary closure related to the... 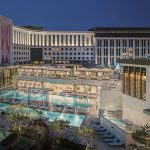 September 3, 2020
The three-day closure of Paradise City’s casino as a result of a Covid-19 infection of a staff member has been extended until at least... 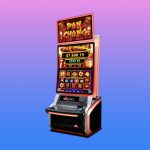 September 8, 2020
As we emerge from the shadows of Covid-19 it’s time to revamp gaming floors with the brand new A-STAR cabinet by Ainsworth.