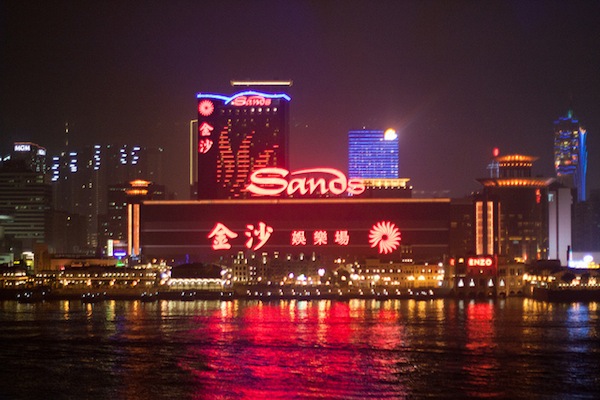 Sands China is likely to be the key driver for Las Vegas Sands for the next few years as it benefits from the increasing size of the mass market, according to an in depth analysis of the group by Bernstein Research.

Sands China makes up 58 percent of group profits and accounts for 23 percent of gross gambling revenue in Macau. Bernstein rates LVS an outperform with a price target of $65 a share.

“Sands’ product offering is well positioned to capitalize Macau’s continued paradigm shift from VIP to Mass gaming over the long-run,” the research found. “We forecast net revenue for Sands China to grow ~9 percent CAGR from 2017 to 2022E, roughly in line with the Macau market.”

The group owns the Venetian and the Parisian IRs, as well as Sands Cotai Central, which is being converted into a London-themed resort. It also owns Sands Macau and Four Seasons Macau.

However, the firm said planned renovations over the next two years, including the transformation of Sands Cotai Central into the Londoner, may disrupt business in the short term.

Bernstein also notes that the group’s Marina Bay Sands property in Singapore is not fully reflected in the group’s value. Although the market is seeing little topline growth, MBS is the most profitable casino property globally, the note says.

Sands management has in the past said it may seek to sell its retail mall operations in Singapore, which might prove a significant catalyst to unlock value, Bernstein says.

The group is also pitching for a license in Japan and is seen by many on the ground there as a leading contender.

“Although currently not incorporated in our target price, if LVS is awarded a license in Japan, this will provide ~$2.58 of current PV to the stock,” it said.