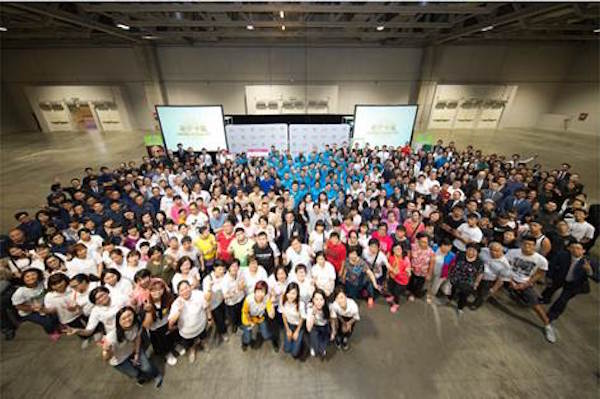 Sands China has joined the group’s volunteer effort to build 100,000 hygiene kids for Clean the World to help improve the health and wellbeing of people in need.

Kits assembled Tuesday by Sands China employees and other volunteers will go to Children’s International which will deliver the 35,000 kits to families in the Philippines.

Sands China’s volunteer event is one of a series of hygiene kit builds held across LVS properties around the world between August and October 2017. It began at Sands China in Macau, and continues at Marina Bay Sands in Singapore August 31 and Sands Bethlehem in Pennsylvania September 23, culminating in Las Vegas October 7.

Around 400 people gathered at The Venetian Macao Tuesday to assemble the kits, which contain soap, washcloths, toothbrushes and toothpaste, as well as shampoo and conditioner.

LVS and Clean the World have recycled more than 240 tons of waste from LVS properties into more than 2.1 million bars of soap.