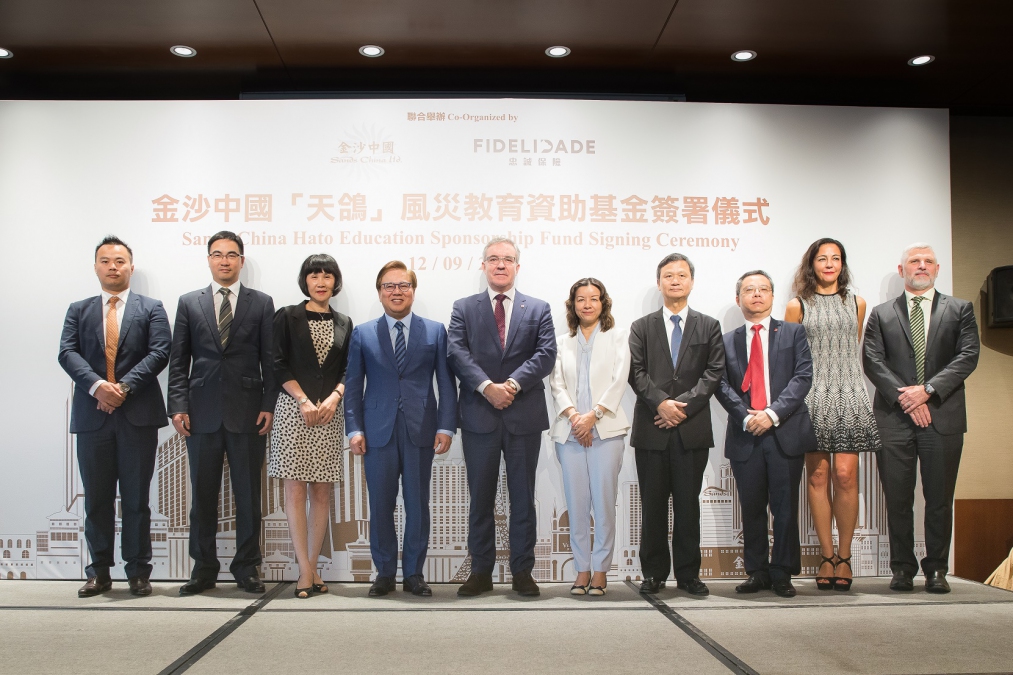 Sands China Ltd. has started a Hato Education Sponsorship Fund, benefiting six children and young adults who lost a parent to Typhoon Hato when it hit Macau in August 2017.

The company held a signing ceremony for the fund Wednesday at Sands Macao, and is part of Sands China’s long-term support to the community in the aftermath of the storm.

The new fund has been established in cooperation with Fidelidade – Insurance Company Limited (Life). Sands China will provide a total of MOP 6 million to the affected children and young adults, with MOP 1 million allocated for each recipient. The beneficiaries receive financial support for their continued education, including for primary, secondary and tertiary studies. The financial assistance covers areas such as tuition fees, extracurricular activities, school supplies and study materials.

“Sands China remains dedicated to offering continuous support to those in need after Typhoon Hato,” said Sands China Ltd. President Dr. Wilfred Wong. “After understanding the dire situation of children and young adults whose families suffered severe losses, we began developing a plan to help. This education fund will provide crucial support for their studies, as education is essential for their development and success in life. Our gratitude goes toward the Social Welfare Bureau for their help in coordinating this effort.”

Sands China has been working with the community to provide continuous support to areas in need since the typhoon.

The company has pledged to donate a total of MOP65 million for typhoon disaster relief in Macao.

Approximately MOP 15 million of that has already been presented to the University of Saint Joseph to assist in repairing its storm-damaged campus. Another MOP 2 million helped repair Macau Holy House of Mercy’s elderly home, which had suffered extensive damage, including major structural damage to its roof.