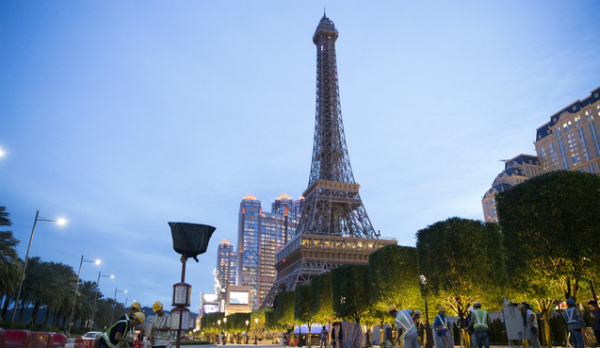 Las Vegas Sands posted a 5.6 percent year-on-year increase in net income for the fourth quarter of 2016 to $607 million.

The casino operator, which owns and operates casinos in Las Vegas, Pennsylvania, Singapore and Macau, saw a combined total of $3.1 billion in revenue in the quarter, a rise of 7.4 percent year-on-year.

The company said the decrease in operating income was principally due to lower net revenues, non recurring legal costs in 2016 and higher pre-opening expenses, related to its Parisian Macau project.

Analysts were however, slightly disappointed by results of Sands China, it Macau-facing arm, pointing towards a slower than expected ramp up of the Parisian Macao, and higher-than-expected cannibalization of the Venetian and Cotai Central properties.

Adjusted property EBITDA was $610 million in the quarter, slightly below analyst expectations.

“The miss was mainly due to lower turnover rent (miss by US$25 million) on slower retail sales and higher base rent, weaker slot business (US$4 million) and lower mass table luck (company estimated US$15 million),” said Morgan Stanley analysts.

“We expect Parisian to sequentially improve in each quarter in 2017. However, we think the true operating potential of Parisian is a 2018 story,” said Union Gaming.

Bernstein noted VIP GGR growth was lower than the market quarter on quarter, “even with above normal hold.”

In a results call, Las Vegas Sands management downplayed the comments, focusing instead on strong mass gaming revenue growth in the first full quarter, and the solid performance of the Parisian Macao.

“During the quarter our Macau operations achieved strong mass gaming revenue growth and delivered US$610 million of adjusted property EBITDA, including a solid first full quarter EBITDA of US$95 million at The Parisian Macao,” said Sheldon Adelson, chairman and chief executive of Las Vegas Sands.

“The Parisian Macau not only helped us drive double digit revenue growth in Q4, but also greatly enhanced the critical mass benefits of our interconnected properties on Cotai as evidenced by our visitations growing 23 percent year-over-year in the fourth quarter,” he added.

Adelson in the earnings call also spoke confidently of improving fundamentals in Macau.

“As you may recall I had first indicated back in January last year that we were seeing signs of stabilization in mass gaming revenues in Macau, and in June our mass gaming revenues saw positive year-on-year growth for the first time in two years. This encouraging trend continued into the second half of the year, as our mass table revenues grew by 6 percent year-over-year in Q3, and further accelerated to growth of 16 percent in Q4, driven by the first full quarter of The Parisian Macau.