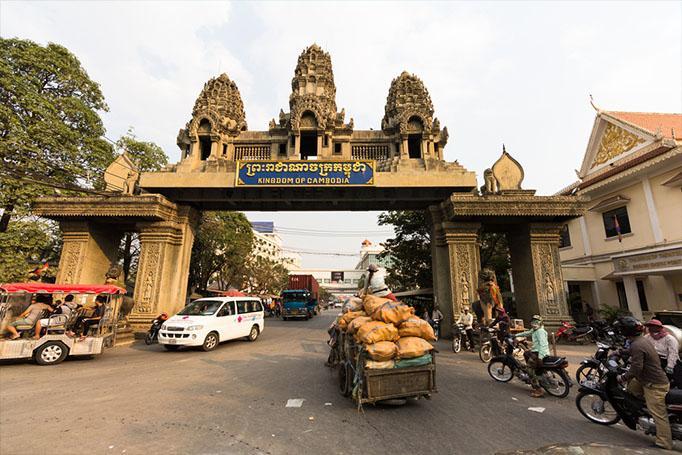 Cambodia is expected to introduce its long-awaited casino regulation in September, which may attract further investment to one of Asia’s most vibrant markets.

The government is planning to hold a regulatory seminar, bringing together officials and industry executives and is expected to introduce the updated rules.

Under the new legislation, casinos will likely face a system of taxation based on gross gaming revenue and unified reporting. The rules will also stipulate new minimum capital levels for properties, though there is expected to be a period of grace to allow many of the smaller casinos to comply.

Rhys Jones, managing director of the Ha Tien Vegas casino on the Vietnam border, says the rules should provide more transparency and improve confidence for investors.

Over the past year, Cambodia has seen an explosion in its casino industry, with about 184 licenses having now been issued, Jones said in a presentation to the World Gaming Executive Summit in Barcelona. About 100 of those have been issued in the past year alone, he added.

Rising tourism numbers, especially from China, have been a key driver but also a flood of foreign direct investment under Beijing’s “one belt, one road” initiative.

Cambodian nationals are banned from gambling, therefore the majority of the casinos are in border areas to take advantage of foot traffic from neighbouring Thailand and Vietnam, where locals are also forbidden from gaming at home. The largest concentration is along the border with Vietnam, which is home to about 86 casinos, with a further 55 along the Thai border, according to Jones.

However, the area that has attracted the most interest over the past year has been the coastal town of Sihanoukville, which has seen a flood of foreign direct investment, driving a huge construction boom. It now hosts 42 casinos, including plans for one large-scale IR.

The investment has been driven by China’s “one belt, one road” project with Chinese investments in about $4.2 billion of infrastructure projects on the Southern Coast. It’s also home to the Kingdom’s biggest Special Economic Zone, which is now the base for more than 100 China-owned factories.

Jones says there are now 100,000 Chinese nationals estimated to be living in the area, with that figure expected to treble over the next few years.

Although the Cambodian government has close ties with China, the influx of so many Chinese has created social tension, pushing up prices for locals and raising questions as to whether the area can support such runaway construction.

In a recent report, Reuters reported that the Dara Sakor Seashore Resort mega project appears to have stalled. The agency says the IR was touted by its Chinese developer as a city-sized resort for “extravagant feasting and revelry”.

Work on the project began in 2008 after Cambodia leased 45,000 hectares of a national park to China’s Tianjin Union Development Group (UDG) for a period of 99 years. It was adopted as a Belt and Road project around 2017, and was described then as “the biggest project of the Belt and Road initiative so far.” Its status is now unclear.

However, another key draw of the Cambodian gaming market is the government’s open stance to online gaming, which is legal out of licensed land-based casinos.

According to Jones, there are currently about 20 casinos offering live dealer games from the actual casino floor, including Ha Tien Vegas. Many other venues are also offering studio facilities and are a key revenue driver for the border properties, which are otherwise reliant on foot traffic. The casinos bordering Thailand were hit particularly hard last year after a period of mourning for King Bhumibol Adulyadej dented consumer sentiment and spending.

The government doesn’t release figures for Cambodian GGR and Hong Kong-listed NagaCorp, the operator of NagaWorld and Australia-listed Donaco International, which operates Star Vegas, are the only ones to provide detailed figures.

Naga is by far the largest IR in the country and has a monopoly for a 200km radius of the capital Phnom Penh. The resort opened the second phase of its development, Naga 2, late last year, which won praise from analysts for its amenities and quality of service.

As such Naga is seeing a greater share of the VIP market and is one of the most profitable casinos in Asia. For Q1, the company reported a 181 percent spike in GGR to $243.1 million, with VIP rollings up 51 percent to $5.6 billion and mass market buy in up 56 percent to $263.7 million.

Its VIP business has been helped by an incentive accord with Macau’s leading junket operator, Suncity group, which set up a fixed-based business operation with fully fledged office facilities from March 1. The company said it has also seen an increase in the number of Southeast Asian players, notably from Thailand as well as a large number of Malaysians.

Star Vegas, which is based in Poipet, was affected by the death of the Thai king, but also by a dispute with the Thai vendors of the property to Donaco, which were operating an illegal operation nearby, despite non-compete clauses.

The company says business is now improving. In the March quarter, average daily visitation increased by 30 percent to 4,462 casino visitors per day, compared to 3,426 visitors per day last year. Total rolling chip turnover was THB18.52 billion, still 25 percent below last year’s total of THB24.78 billion, but a substantial improvement on the 64 percent decline seen in the December 2017 half year.