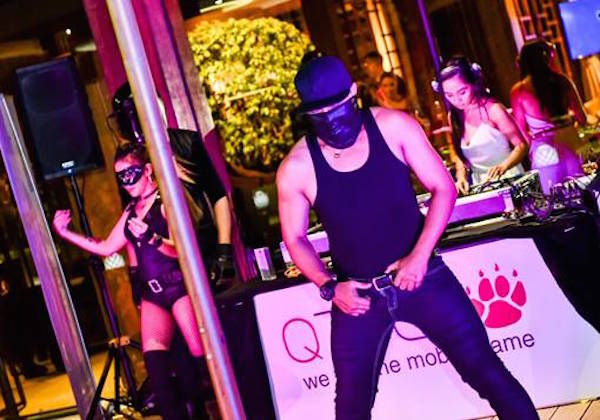 The Vault represents the latest offering from Snowborn Games, QTech’s own game-development studio. The game is premised on the plot of a classic diamond heist, set against the backdrop of some storied Parisian landmarks, where the ultimate goal of the relentless robbers is to steel the prized pink diamond.

The games are exclusively available via the QTech Games platform, as with all Snowborn’s pending releases. The Vault was introduced to 100 VIPs in attendance at the poolside party, as they competed against each other on the new QTech Tournament Feature for an array of iPads and other rewards.

“Games such as The Vault and Portals add yet more muscle to QTech Games’ burgeoning platform, which is bringing the widest range of online games to Asia, from established industry names to most innovative rising star suppliers,” QTech CEO Markus Nasholm said.

QTech also recently rolled out GameFactory, a global gaming studio with the remit to invest in and recruit smaller studios from across the globe.

“GameFactory is the next step in our bid to become the largest provider of digital entertainment in Asia over the next few years. We are currently very active in this arena, looking to enlist small gaming studios with big ideas that can form part of our developing QTech family.”