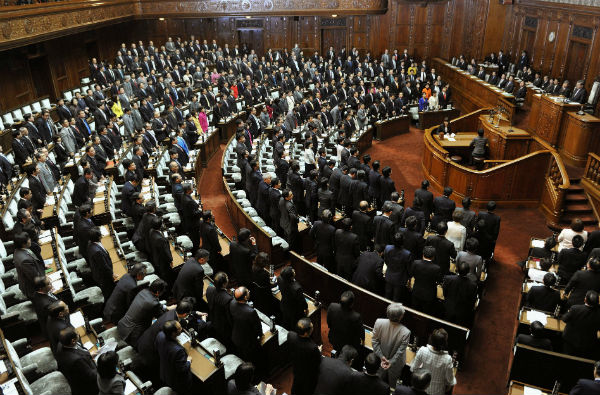 The Japanese government is on the brink of passing the IR Implementation Act, though the bill remains deeply unpopular with the majority of the population and sooner or later this will have practical consequences for the industry.

The passage of the act represents the culmination of almost two decades of lobbying efforts by the advocates of legalized casino gambling. However, the reality is that casinos have become legal in Japan due mainly to the authoritarian and non-democratic strains in the Japanese political system.

The conservative and right-wing politicians who wish to write Japanese war crimes out of the history books, or who bristle at the establishment of monuments to wartime Comfort Women, are also the ones who pushed the hardest for the legalization of domestic casinos.

The pro-casino movement in Japan was effectively launched in 1999 by former Tokyo Governor Shintaro Ishihara, an outspoken nationalist hawk.

Under Prime Minister Shinzo Abe, it is this far right trend which has been dominating the nation’s political sphere, and there would have been very little prospect for this legislation succeeding had not Japanese moderates and the liberal-left been in a long-term political eclipse after the perceived debacle of the 2009-2012 Democratic Party of Japan administrations.

The first and most important challenge for the IR industry going forward, will be to find a way to stop relying on the right-wing politicians who originally brought them into the country, and to gain a greater degree of acceptance from moderates and liberals as well.

At the national level, Japanese conservatives will remain in power for some years to come. The strongest progressive opposition force, the Constitutional Democratic Party of Japan (CDPJ), was created only in October 2017 and will need a number of years to build its party infrastructure to the point that it is really ready to take on the ruling conservatives across the nation.

However, the CDPJ does have the potential to pull off some upsets in local elections, and they are now preparing to contest the many local seats that will be available in the unified local elections next April.

One key region to watch is Hokkaido, where both Governor Harumi Takahashi and the prefectural assembly face elections next April. Even now, it is thought that support within the assembly for an IR bid is doubtful, and should the liberal-left make significant gains within that body, or even manage to topple Governor Takahashi, then all the plans in Tomakomai and other local municipalities could quickly come to naught.

At any rate, the possibility is high that at least one of the major IR candidate cities will yet be forced to withdraw when a conservative governor or assembly loses its grip on power at the ballot box.

There is no real prospect that the Japan Communist Party will come to power, but with roughly 5-10 percent electoral support across the nation and a formidable network of leftist activists unlike any other political organization in Japan, they are nearly certain to be a thorn in the side of IR operators going forward.

The Japan Communist Party has already focused on the anti-casino issue as one of its main campaigns. They know that the majority of the public currently agrees with them on this stance and are well motivated to go on the attack. The form of the offensive is most likely to be continued street protests and support for anti-casino rallies and lectures.

Left-leaning lawyers, many of those within the Japan Federation of Bar Associations, could attempt to tie up specific IR construction projects in environmental or other kinds of lawsuits.

Many operators and pro-IR commentators seem to have a rather sanguine view of these challenges, noting that they’ve faced such problems in other jurisdictions, or that the Japanese public will begin to respond once a more thorough education program begins.

But the political starting point is not a good one. The legislation was forced through against the will of the majority by a government already burdened by a series of corruption scandals. In many people’s eyes, the IR Implementation Act will remain tainted by that political genesis.

Moreover, the dominance of the Japanese political system that Prime Minister Shinzo Abe has wielded was largely the result of public disgust with the incompetence of the former Democratic Party of Japan administrations. Now it is more than five years on, and liberals are beginning to reorganize more effectively, and are nearly certain to achieve better electoral results in the years ahead.

If it wants to navigate the waters ahead, the IR industry will need to quickly prove itself to be about more than investment, profits, and employment, but also an indispensable partner for Japanese social progress.