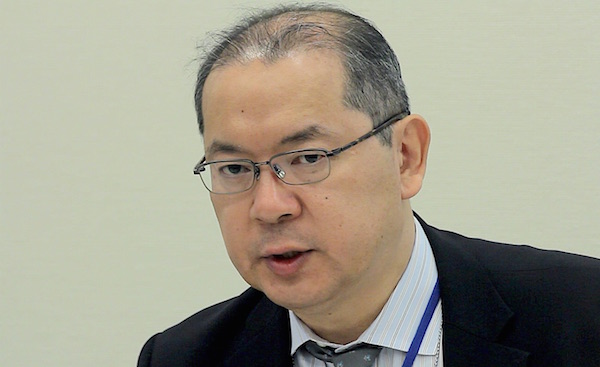 Makoto Nakagawa, deputy-secretary general of the Abe Cabinet’s Office of Integrated Resort Regime Promotion remained for the entire three hours of an event in Tokyo on Thursday that discussed public policymaking regarding anti-gambling addiction countermeasures in Canada.

Nakagawa is an elite bureaucrat and arguably the single-most influential individual at this juncture when it comes to designing specific policies related to the establishment of Japan’s IR industry.

The two key presenters, other than Nakagawa himself, were Paul Pellizzari, formerly a top officer in the Ontario Lottery and Gaming Corporation and now Hard Rock International’s vice-president of global social responsibility, and Naoyuki Nishimura, representative director of the Tokyo-based Resourceful Center of Problem Gambling.

Pellizarri communicated to the Japanese policymakers some of the key lessons learned from decades of experience in Ontario.

The two points he made most clearly were that anti-addiction policymakers need to be clear about their specific goals right from the outset of designing the policies and that the outcomes are best when all of the stakeholders—including governments, operators, private groups and institutions—are in close communication with each other and playing their own proper roles in deterring and mitigating problem gambling.

The event was held under the auspices of the Japan IR Association (JIRA), an organization established in October 2014 which has the stated goal of uniting all industries and organizations related to Japanese IR policies. The event was designated as JIRA’s “First IR Study Meeting.”

High-level political support for the event was underlined by opening comments provided by powerful ruling party politicians such as Hiroyuki Hosoda, Koichi Hagiuda, and Seiko Hashimoto.

Your Daily Asia Gaming eBrief: Skills for operating in India ...

Hong Kong - December 23, 2020
In view of the substantial delay in construction and delivery of the vessel due to the impact of Covid-19, the agreement for the sale and leaseback of the Crystal Endeavor expedition ship has been terminated.