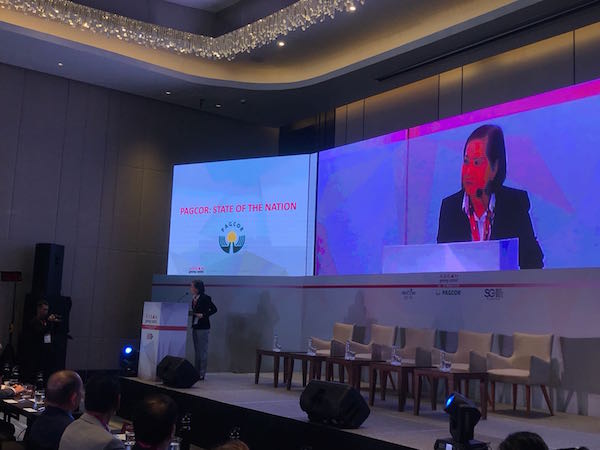 Philippine Amusement and Gaming Corp (Pagcor) Chair Andrea Domingo says the regulator expects to double the revenue it receives from its offshore online gaming license once a new audit platform is up and running.

“Opex is almost nil next to the revenue an we have been assured that after this service provider is able to complete its work, we will be able to double our income from offshore,” she said, adding the audit provider will not be paid unless it adds income over a certain minimum level.

Pagcor last year put a contract out to tender for a new audit system to track revenue generated by the online operations. Many in the industry criticised the way the tender was handled and the onerous conditions associated with the contract, which they said was unrealistic.

Pagcor began offering POGOs last year after a shakeup of the country’s online industry by President Rodrigo Duterte, who had complained of rampant illegal gambling and at one point threatened an all out ban on online gambling.

“We have three layers of audit, because it has been said that before we assumed office and opened up the POGO product we knew the Philippines had been declared by many countries as the center for illegal offshore gambling and we corrected that.”

Domingo said the pricing of the licenses was set at a high level, effectively requiring an upfront payment of $500,000, to clear out “fly by night operators.”

“We do not want that as it gives the industry a really bad name.”

Pagcor has now issued 53 POGO licenses and Domingo said the board would be open to considering new applications if the companies meet the right criteria.

However, on the land-based side, she confirmed that the Philippines won’t issue any further licenses for IRs. There are four applications pending and those will be honored she said.

Hong Kong-listed Galaxy Entertainment was scheduled to sign a license for a $500 million resort on the island of Boracay on Wednesday.