The Philippine Gaming and Amusement Corp (PAGCOR) has said it will stop accepting new applications for offshore online gaming licenses after Beijing called on Manila to crack down on gambling operations targeting its citizens.

PAGCOR will  “stop first and look at other concerns that we have not met comfortably” regarding Philippine Offshore Gaming Operations or POGOs,  local media cited PAGCOR Chair Andrea Domingo, as saying at a press conference.

The regulating body will also weigh the social costs and benefits from POGOs. Domingo said there are currently 58 licensed offshore gaming operators in the country, and three more applications are pending consideration.

The announcement follows a pledge by Beijing that it will crackdown on illegal cross border operations. In a statement issued last week through the Chinese Embassy in Manila, it warned that rampant online gambling was a threat to China’s financial and social stability and would not be tolerated.

It urged Manila to act to protect its citizens in the country and warned that Chinese are not permitted to gamble. Estimates put the number of Chinese working in POGOs at about 138,000.

Cambodia has also taken note of Beijing’s crackdown, saying over the weekend that it will not issue more online licenses and will not renew existing ones once they expire.

“The Royal Government stops granting principles and licenses to operate online gambling businesses inside and outside Cambodia from the day of signature on this directive onwards,” Prime Minister Samdech Techo Hun Sen was cited as saying in an article in China’s state-run Xinhua news agency.

“For valid licenses holders, they will be allowed to operate until the licenses are expired. After that, the Ministry of Economy and Finance will not renew their licenses anymore,” Samdech Techo Hun Sen added. The prime minister also ordered the authorities at all levels to intensify investigations and suppression on all illegal online gambling businesses in order to maintain social security and public order. 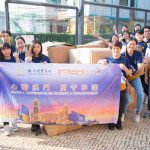