Chairman of the Philippine Charity Sweepstakes Office Jose Jorge Corpuz has resigned from his position as chairman, according to an announcement on Friday.

In a message sent to local reporters, presidential spokesman Harry Roque said the chairman resigned “due to health reasons.”

Roque also clarified that Corpuz was not the government-entity-chairman that President Rodrigo Duterte said last week he would fire as part of an ongoing corruption “purge”. 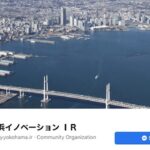 Japan - December 18, 2020
The municipal government of Yokohama took a small step forward on Thursday by launching a Japanese-language Facebook page to promote its IR initiative.