Paulo Martins Chan will be stepping down from his position as the head of the Gaming Inspection and Coordination Bureau in June, to be replaced by Adriano Marques Ho, an advisor to Secretary for Security Wong Sio Chak, according to a report from Macau News Agency.

Sources told MNA that Chan will return to the Public Prosecutions Office, where he previously served as assistant prosecutor-general.

Ho has been one of the top advisors to the Secretary for Security since 2014, and was previously head of the Judiciary Police’s investigation unit in charge of gaming-related and economic crimes.

He also served as a member of the Tourism Crisis Management Office, and of the Coordinating Committee for Management and Development of Maritime Jurisdiction Areas.

Philippines - April 12, 2021
The quarantine rules in Metro Manila and four adjacent provinces have been eased starting today, according to an announcement by presidential spokesperson Harry Roque. 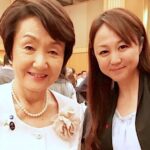 Japan - April 15, 2021
A second candidate with an anti-casino policy platform has entered the Yokohama mayoral race, recently announced to be scheduled for August 22.