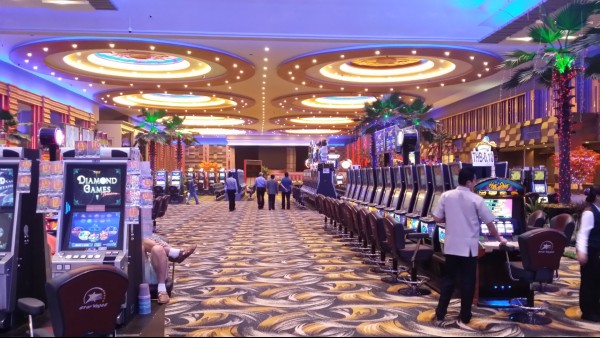 Mr. Arbuckle was most recently the chief operating officer at Star Gold Coast, responsible for all operating divisions. Prior to that, he was the senior vice president of casino marketing for Resorts World Sentosa.

Regarding Arbuckle’s appointment, Donaco chairman Stuart McGregor said: “The Board of Donaco is very pleased that Paul Arbuckle has agreed to join us as our chief executive officer. Paul’s experience and expertise in gaming operations are critical to improving the performance of our casino operations in Cambodia and Vietnam. While these businesses continue to be profitable, the Board has considered for some time that they are not reaching their full potential. Accordingly, Paul’s appointment is a crucial step in the Board’s plan to provide a fresh start, revitalize our business and restore value for shareholders.”

Paul Arbuckle said: “I am keen to roll up my sleeves and embrace the challenge at Donaco. The Company has two very valuable and profitable casino assets, and I am confident that my experience in gaming operations will be beneficial to these businesses. With my substantial experience in Asia, I can see the potential for these businesses in serving customer demand from Thailand, China and beyond.”

In his role as CEO, Mr. Arbuckle will be based primarily at the DNA Star Vegas casino hotel in Poipet, Cambodia, and will also regularly work from the Aristo International Hotel in Lao Cai, Vietnam.

Mr. Arbuckle’s appoint follows a call from Donaco shareholders to remove Joey and Benjamin Lim from the company’s board in May.

Joey Lim was formerly managing director and CEO before taking leave on Dec. 6th. His position was officially terminated in March.

Following the appointment, Mr. Benjamin Lim’s position, who has been serving as Interim CEO and Managing Director has also concluded.