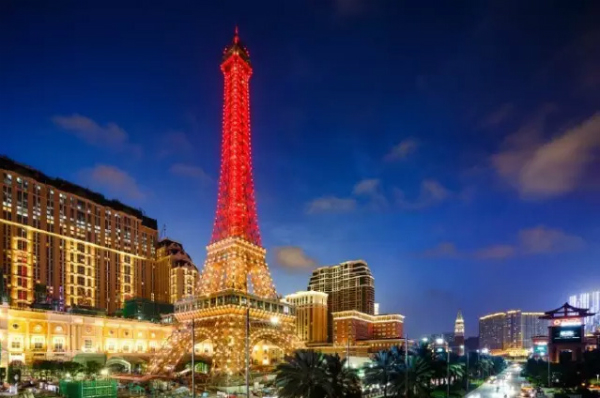 Sand China’s newest development, The Parisian Macau has been given the same allocation as that of Wynn Palace – 150 total tables.

The announcement was made by Macau’s Secretary of Economy and Finance, Lionel Leong over the weekend, according to a note from Union Gaming.

The results were mostly in-line with analyst expectations, however, some expecting an even lower allocation.

“From an operating perspective, we believe that the new 100+25+25 tables are sufficient to efficiently run The Parisian, as we anticipate a significant number of underutilized/unused tables to be transferred from other Sands properties.  We expect that The Parisian will open with 425-450 tables,” said Bernstein in a note on Monday.

“We do not believe that the table allocation should have any significant negative impact on Sands’ operations over the next few years as table capacity is not a limiting constraint on growth,” the brokerage added.

Last week, brokerage Daiwa forecasted that Parisian Macau would receive 100 tables, while further openings, including MGM Cotai, are expected to receive a total of 150 tables.

The brokerage said that the Macau government may have already surpassed the number of gaming tables it had planned to allocate by the end of 2017.

“While the government’s official goal is to cap the increase in gaming tables at three per cent per year, the official numbers suggest that current gaming table allocations (up to and including Wynn Palace) have already surpassed the government’s guided cap through to end-2017,” said Daiwa in a recent report.