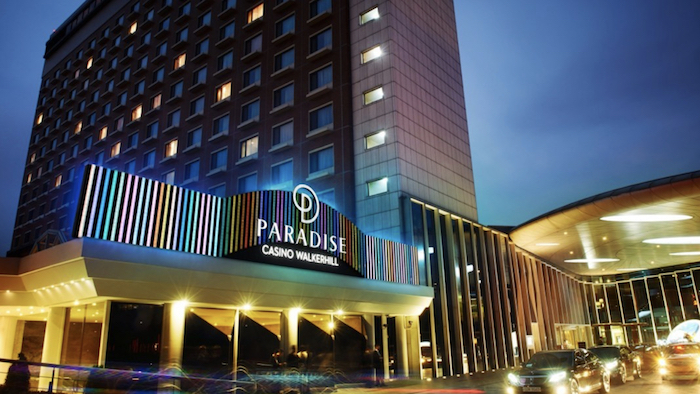 Paradise Co. has turned in its November sales figures, and they are quite grim. Casino net revenues for the month reached only KRW9.74 billion (US$8.9 million), down 85.4 percent from the previous November’s figure.

This represents a serious deterioration in performance, as the October figures had been KRW22.36 billion, down “only” 72.2 percent.

Indeed, November’s financial performance was the firm’s worst of the year, save only for the month of April, at the very height of Covid-19 closures, when net revenues fell to KRW7.94 billion. A five-month period of gradual recovery came to a screeching halt.

After eleven months of 2020, Paradise Co.’s cumulative casino sales figure is just over KRW290 billion, down 59 percent year-on-year. Presumably, by the time that the yearly figures are all tied up a month from now, they will reveal that the firm’s 2020 net revenues came in at less than 40 percent of the 2019 figure.

Broken down by the four properties, Paradise City in Incheon was the strongest performer, both in terms of the amount of revenue it brought in, as well as the percentage of its 2019 haul that it was able to maintain. Specifically, Paradise City recorded more than KRW5.8 billion, down 81.2 percent year-on-year.

The Busan Lotte facility was the other venue that outperformed the group average, bringing in more than KRW1.2 billion in net revenues, which was down 84.2 percent.

The weaker performers were the Paradise Walkerhill in Seoul, with revenues coming in at over KRW2.4 billion, down 90.1 percent; and finally the Jeju Grand, which recorded only KRW249 million in net revenues, with a group-worst 92.7 percent fall in revenues.

The figures also reveal quite clearly that table game revenues are faring much worse in the Covid-19 era than are gaming machine revenues. The former saw a 87.3 percent decrease in revenues in November, while the latter recorded a 54.2 percent fall. Presumably, many customers feel more secure on their own in front of a slot machine than sitting near other players and a dealer at the table.

South Korea’s attempts to bounce back from the Covid-19 pandemic have run into a number of setbacks. After a virulent initial wave of cases in late February and early March, the government appeared to have gotten hold of the matter through massive testing and proactive official measures. For South Korea’s casinos, this meant that after an initial period of mandated business suspensions, most of them were able to get back to something like normality by May.

However, in August, and again in the past month, the coronavirus began to slip out of control.

Paradise Co. weathered the August outbreak without too much damage, but it is now clear that they suffered a massive hit from the November wave, which is still producing about 500 new cases in South Korea on a daily basis.

Mandated casino closures in the Seoul metropolitan area and in Busan pretty much guarantee that Paradise Co. will be ending the year on a down note.