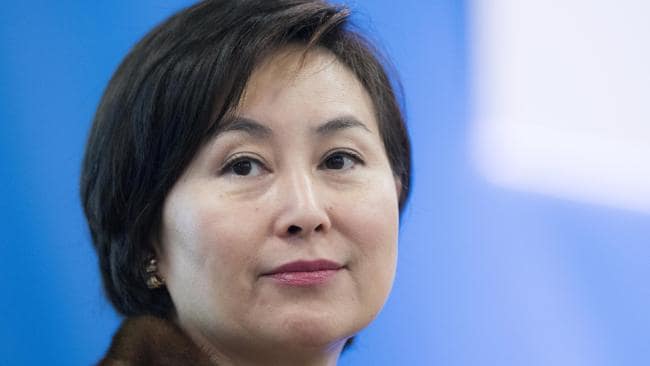 On Wednesday night, an alliance was formed between Shun Tak Holdings, a company owned by Stanley Ho, Fok Foundation and three parties controlled by Pansy Ho – with the aim of “advancing fundamental objectives” in relation to the STDM Group, and SJM Holdings.

The move is seen as Pansy Ho’s latest play to strengthen her grip in one of the largest holder of casino licenses in Macau.

Most notably,  Angela Leong, co-chairman of SJM board and 8 percent owner of SJM, was not included in the agreement.

With the five parties joining hands, their combined shareholding will make up of 53 percent of STDM – a company which owns 54 percent of SJM Holdings.

According to HKEX filing by Shun Tak Holdings, the agreement came after many years of discussion and consensus between the parties, who have agreed to pursue a number of objectives.

Most notably, the parties will aim to extend the gaming concession in Macau held by SJM Holdings come 2020 – and to maintain STDM’s position as majority owner of SJM.

The parties have also committed to “procure the effective and good governance of SJM,” through the election of board members, including chairmen and co-chairmen.

Commenting on the news, Deutsche Bank research analyst Karen Tang said the move could spell a shake-up in SJM’s board and senior management – namely Angela Leong not being re-elected as chairman, as well as a change in CEO and COO.

“A sharp change in board and senior management, especially when the company is opening a large integrated resort and negotiated with the Macau government for the extension of its gaming concession, may pose operational risks,” said Tang.

However, Tang said that many investors may see this as a sign that the company is ready to move forward with better management and governance.