The state-owned Philippine gaming regulator reported a total income of PHP35.7 billion ($760.5 million) for the first nine months of the year, up 18.7 percent from the same period a year ago.

Income from gaming operations for the period came to PHP32.6 billion, up 45.6 percent on the prior year period. Operating expenses fell 5.5 percent to PHP10.4 billion compared to PHP 11 billion a year ago.

PAGCOR, which is required to remit at least 50 percent of its annual gross earnings to the government, achieved total contributions of PHP22.11 billion, a 32 percent increase year on year.

At the beginning of the year, many analysts had tipped the Philippines to be one of the world’s fastest-growing casino markets in 2015. The ongoing rout in Macau was seen as a potential boon, with new offerings able to lure away China’s high rollers.

However, Philippine casino stocks were among the world’s worst performing this year, partly amid concern that the country won’t be able to attract the same levels of Chinese visitation as had been expected. 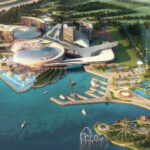