While the Taal Volcano continues to show signs of possible phreatic eruption, endangering anew the families who were displaced by the volcano’s eruption last year, the Philippine Amusement and Gaming Corporation (PAGCOR) unveiled its newest charitable project to safeguard the living condition of affected locals.

A brainchild project of PAGCOR Chairman and CEO Andrea Domingo, the PAGCOR Villages broke ground in the towns of Agoncillo and Lemery on February 18, 2021. They are designed to provide permanent shelters to less privileged families who were displaced by Taal Volcano’s eruption in January 2020. Most of these families remain homeless until now.

Each PAGCOR Village has funding of P30 million. Its main features include 100 units of 30-square-meter houses and an arc or signage located at the entrance of the project site.

The PAGCOR Village in Lemery, which will be built in Brgy. Payapa Ilaya and Brgy. Talaga, are both outside the danger zone with up to 15 kilometers distance. Meanwhile, the project site in Agoncillo is in Brgy. San Jacinto, which is 14 kilometers away from the danger zone.

The beneficiary local government units’ counterparts are to provide the land where the housing project will be constructed and ensure that the site has access to roads, water and electricity.

PAGCOR Chairman and CEO Andrea Domingo said the project came into fruition to provide more concrete and long-term solutions to locals who were displaced by Taal Volcano’s eruption last year.

“When the Taal Volcano erupted in January 2020, we deployed volunteer PAGCOR employees who immediately distributed food and non-food essentials to affected locals. However, the bigger problem was the loss of homes and properties of many families living in the towns surrounding the volcano. Now, in spite of the ongoing pandemic, we launched this program not only to provide permanent housing for Taal-affected families who have no means to rebuild their homes, but to also give them hope to rise above their situation,” she explained.

Agoncillo Mayor Daniel Reyes said about 1,700 houses in their town were damaged during the Taal eruption and the series of typhoons that battered the country in 2020. “Of this number, around 400 houses were completely destroyed.” he said.

Likewise, Lemery Mayor Eulalio Alilio expressed his gratitude to PAGCOR for helping build a housing community for his displaced constituents.

Aside from the “PAGCOR Village”, the state-run gaming firm also allocated P2 billion for the Multi-Purpose Evacuation Center Project which is aimed is to provide temporary shelter for typhoon-prone communities around the country. 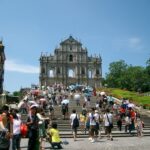 Macau - May 4, 2021
Macau international arrivals hit a new record high on Sunday, which was also the second day of the Labor Day Golden Week, according to local authorities. 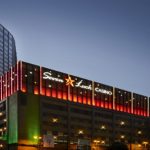 South Korea - May 6, 2021
Grand Korea Leisure said its casino sales rose 48.4 percent in April from the prior month, though are down 86.1 percent from the same month last year.