The Philippine Amusement and Gaming Corporation (PAGCOR) is launching an auction for two parcels of land currently occupied by Bloomberry’s Solaire Resort and Casino.

Total area for the two plots of land is 160,359 square meters. Minimum floor price for the land is P37.2 billion, to be paid in cash.

Pagcor however noted that the land is the subject of a long term lease by Sureste Properties, a unit of Bloomberry, for up to July 11, 2033, which is extendible.

Bloomberry will also have the right to match the highest complying bid for the land plots.

In an announcement on its website, Pagcor also noted that ownership of the land will not confer the winner bidding the right to operate gaming facilities and business. The land must also not be used for any purpose other than for which it was intended, i.e. as an integral part of Pagcor’s Entertainment City.

A pre-bid conference is set to be held on November 22, 2017 at the Pagcor corporate office. 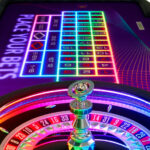 Elsewhere - June 28, 2021
TCSJOHNHUXLEY has been chosen to supply a whole host of the live gaming equipment including, SaturnTM Roulette and the latest Chipper Champ Pro chipping machine. 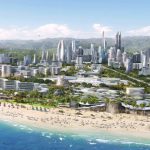 Cambodia - June 29, 2021
Hong Kong-listed Century Entertainment said its 2020 loss widened to HK$43 million from $38.1 million the prior year as revenue slumped due to Covid and it recorded impairment charges.