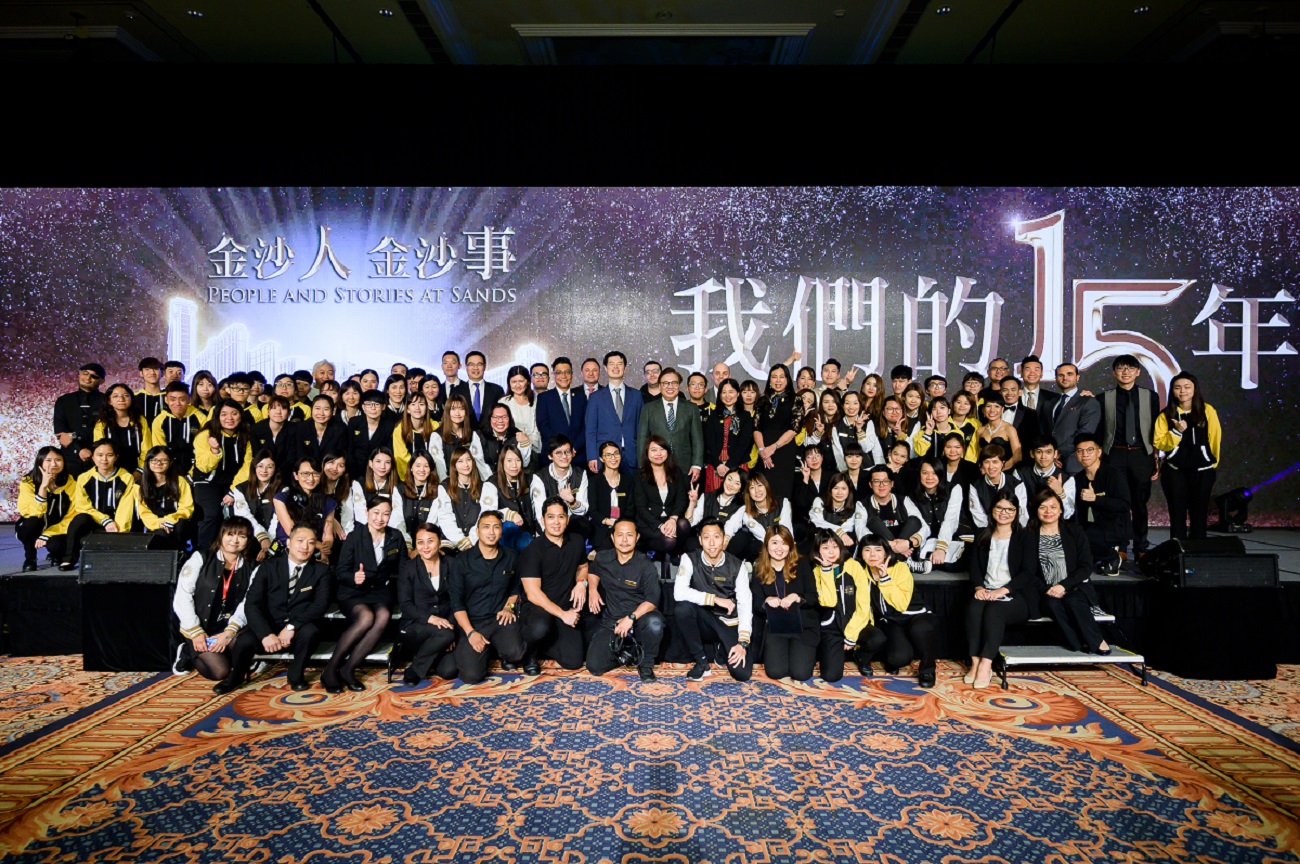 Sands China Ltd. honored more than 1,600 team members for reaching their 15-year milestones with the company during a June 11 ceremony at Sands Macao and two ceremonies on June 13 at The Venetian Macao.

The company presented each of them with a gift certificate for a special 15-year anniversary meal to be enjoyed with a loved one at a choice of one of nine Sands China restaurants.

“As we celebrate the 15th anniversary of Sands Macao this year, we are very pleased to recognize the team members that have remained with the company since the very beginning,” said Dr. Wong. “Their loyal dedication and determination have helped Sands China get to where it is today, and they have our gratitude and appreciation for doing their part to contribute to Macao’s rise as a world center of tourism and leisure. It has been a pleasure for the company to watch them grow and develop as professionals in the industry, increasing their skills and knowledge along the way.”

Team members at the celebration events, entitled “Our 15 Years of Excellence Recognition Ceremony”, had a chance to win cash and prizes in lucky draws and enjoyed buffet meals provided by one of Sands Macao’s signature restaurants, 888 Buffet.

The ceremonies also featured the debut of Care, the first of five videos produced by Sands China team members to highlight the ways they have demonstrated some of the company’s core values over the years.

A new song and music video debuted at the events as well. Also produced by team members, it recalls their 15 years of hard work and contributions to the company and the community.

Apart from the recognition ceremonies, the company has organized a photo exhibition at its properties’ back-of-house team member areas, featuring photos collected from long-serving team members to chronicle their 15-year journeys with the company.

The company’s nurturing of team members has resulted in substantial growth in the ratio of its Macao locals in management positions – more than quadrupling from 20 percent in 2004 to 90 percent currently. Sands China team members have earned more than 15,000 vertical promotions since 2004, and have taken advantage of over 1,400 horizontal career movements.

The more than 1,600 team members who have served the company for 15 years represent over one-third of the pre-opening team of Sands Macao; and over 8,300 team members are 10-year company veterans, 84 percent of whom are Macao locals – a testament to Sands China’s focus on team member well-being and development.