Gaming mogul Kazuo Okada has fired back at the allegations made against him by Universal Entertainment Corporation, calling the allegations “false and malicious” and part of “the latest attempt by UEC to harm [his] reputation.”

The press release, which was distributed by Aruze Gaming, clarified that no charges have been filed against Mr Okada.

“These allegations are the latest attempt by UEC to harm Mr. Okada’s reputation,” wrote the company in a press release.

“After UEC’s apparently failed attempt to have the Hong Kong Police take action against Mr. Okada, it is now relying on the same flawed UEC Special Investigation Committee Report to make spurious allegations to the ICAC. The speed at which UEC issued a press release announcing Mr. Okada’s arrest reflects a pattern of repeated attempts to discredit Mr. Okada.”

The release also made note that Mr. Okada had voluntarily presented himself to the ICAC to answer their questions regarding allegations raised against him, rather than being arrested in the conventional sense.

“It is important to note that the concept of arrest is very different in Hong Kong when compared to many other countries, such as the U.S., Japan, and the Philippines. In Hong Kong it is routine for the police to arrest individuals at early stages of their investigation to interview them. An arrest usually precedes a complete and thorough investigation and it certainly does not mean that the police believe that the arrested person is guilty, or that they have sufficient evidence against that person, or that he will necessarily be charged. No judge or court is involved in the decision to arrest usually, and no probable cause is required in the decision to arrest in Hong Kong.”

“It is believed that UEC’s intention is to destroy Mr. Okada and break up his family. They hope most people reading the latest reports will not understand the details and will simply gain a negative impression of Mr. Okada. We reiterate that no criminal charges have been filed. The investigation process will provide the opportunity for the truth to come out,” wrote the company.

The release went on to reiterate Mr. Okada’s innocence, and Aruze’s support of him and his family. 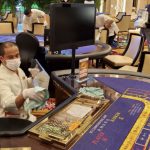 Macau - September 23, 2020
A directive requiring all casino workers in Macau to wear a face mask has been extended until March 22 to protect from Covid-19. 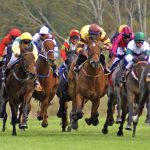 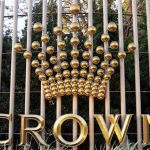 Australia - October 8, 2020
Billionaire James Packer has acknowledged that he may be forced to sell off his stake in Crown Resorts for the operator to be able to keep its license for a casino in Sydney.