Macau’s six operators have enough liquidity for the next six months before they are likely to need to draw on debt financing, Bernstein Research reported.

Concerns about liquidity have exacerbated the declines in Macau gaming stocks, the firm notes, but adds even if the no revenue environment continues, the companies have about 15 months of breathing space before additional funding would be needed, with the exception of Studio City, which has about a year.

“Galaxy is clearly the least risky operator with abundant cash on hand, no debt and in a worst case scenario, 40 months or so of breathing room before needing to draw on any new liquidity,” it said. “Other operators have between 6 and 17 months of headroom with existing cash balances and 15 to 25 if the full amount of each company’s revolver is drawn. These figures assume a worst-case outcome of no revenues, limited reduction in operating costs, minor reduction in maintenance capex and other company specific items.”

The firm also notes that the companies are able to negotiate waivers and other amendments to clauses on their debt financing, with MGM China and Sands China having already done so.

Gross gambling revenue dropped 80 percent in March and is forecast to decline further in April. Although the casinos are open, new travel restrictions have meant Macau is almost entirely reliant on locals for visitation, whereas normally it gets 90 percent of its clientele from outside its borders. 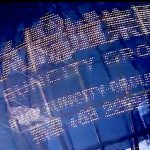