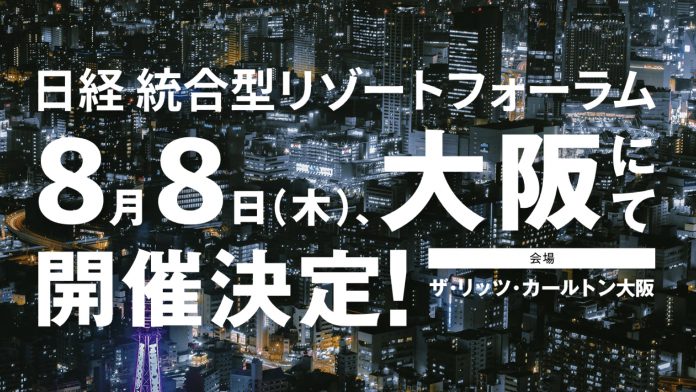 The Nihon Keizai Shinbun is bringing its high-powered IR Forum to Osaka, marking the third in the Nikkei series, but the first held in the Kansai region.

The announcement explains, “The Nikkei IR Forum Osaka will be set in Osaka, which has declared its intention to bid for an IR, for a discussion of economic ripple effects throughout the Kansai region; and it will also delve deeply into accompanying issues such as gambling addiction and security policies.”

Among the tentatively-scheduled speakers are Chris Gordon of Wynn Resorts Development and Brian Sandoval of MGM Resorts, making his first major public appearance in Japan.

The previous two Nikkei IR Forums were held in Tokyo last November and in Sapporo in March.