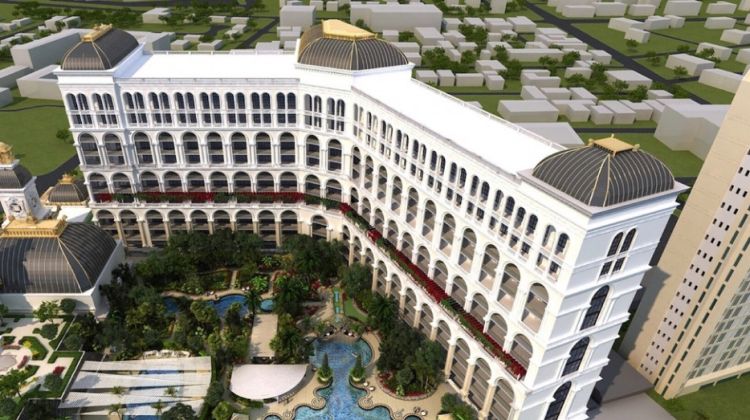 Imperial Pacific International Holdings Ltd., the operator of a casino in Saipan, may see a downgrade in its credit rating at Moody’s Investors Service.

The ratings agency said it was concerned with the lack of funding for its project to build a new resort on the island.

“The review for downgrade reflects our concerns over Imperial Pacific’s lack of funding to complete its Grand Marina project due to a delay in the issuance of the company’s proposed bonds,” says Kaven Tsang, a Moody’s vice president and senior credit officer.

“The delay in the issuance could also trigger the risks of cost overruns and a potential termination of the company’s gaming license,” added Tsang.

“The former concern will potentially result in more debt funding and the company’s debt leverage could then exceed the original budget.”

The ratings agency also said it has withdrawn its provisional (P)B1 senior secured rating to the proposed USD bonds to be issued by Imperial Pacific International (CNMI), LLC. as they had not been issued as planned.

As the investment is funded mainly by the proposed bonds, the delay in the bond’s issuance have meant major shareholders have been providing interim shareholder loans to keep construction going.

However, Moody said it was a temporary solution and falls short of the amount to complete the project.