Mohegan CEO Mario Kontomerkos says it’s his tribal operator’s focus on “generational sustainability” and its “serious and deep connections with the community” that sets it apart from the other half dozen or so international operators that have taken a keen interest in Tomakomai.

“We have looked at other areas in the past and I think we have a very high interest in Hokkaido,” Kontomerkos told Asia Gaming Brief, though he rejects any suggestion that, like Hard Rock, Tomakomai is the firm’s sole interest in the Japanese market.

Indeed, Mohegan representatives have also made public appearances in Wakayama in recent months, and participated in that city’s RFI.

Nevertheless, Mohegan has “great interest” in Tomakomai due to its perceived similarities with the firm’s flagship property, Mohegan Sun, in Connecticut, both in terms of climate and the necessity for creating an IR that would draw masses of visitors to a semi-rural location.

Kontomerkos emphasizes that Mohegan Sun welcomes about 12 million visitors per year who are drawn by its various entertainment offerings.

Mohegan has already opened a small office in Tomakomai with the purpose of “creating an open dialogue” with the local people.

Kontomerkos was evasive as regarded any questions about the company’s existing infrastructure or personnel in Japan, only noting that they are currently “ramping up” and already have “lots of folks working in lots of different capacities” in Japan.

He also declined to be specific about the shape of Mohegan’s IR proposals in Japan, but did hint that, like its existing properties and projects, live entertainment and world-class concerts would play a key role.

He also cited Inspire Korea in Incheon, where the company has partnered with Paramount Pictures to build a 400,000 square meter Paramount Pictures-branded theme park. Inspire Korea, he noted, will involve a US$5 billion over twenty years and, if combined with a Japanese IR, would provide a “tremendous opportunity for cross-marketing.”

Kontomerkos also observed that his firm’s Korean IR is partnered with Incheon International Airport, possibly a hint that Mohegan would explore a similar arrangement with New Chitose Airport in Hokkaido. 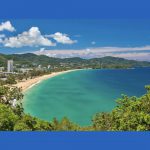 August 31, 2020
A Thai politician has said he wants to start a committee to research plans for integrated resorts in key tourism areas, suchy as Bangkok, Phuket and Chiang Mai. 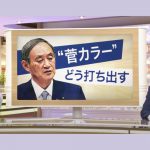 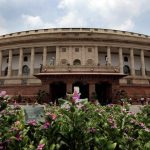 September 9, 2020
The spike in online gambling during the Covid-19 lockdowns has triggered greater chatter amongst politicians in India to regulate and tax online gambling, says igaming consultant Anutosh Chatterjee.