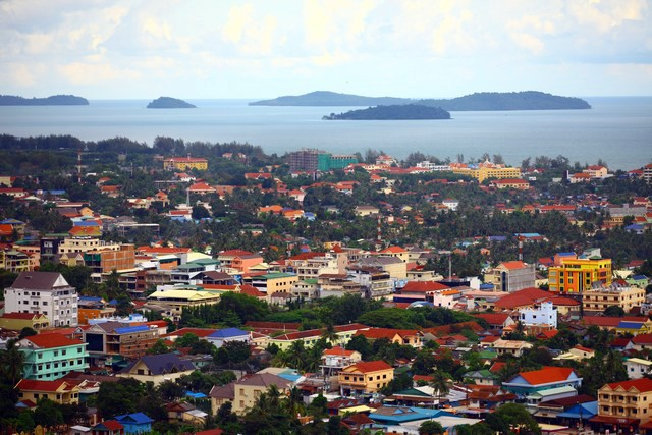 The increased crime rate in Sihanoukville following the influx of Chinese nationals has prompted the government to set up a task force aimed at cracking down on crime and restore security, Khmer Times reports.

Speaking at an event at the Interior Ministry on Wednesday, Interior Minister Sar Kheng promised to provide additional support to provincial authorities to bust an increase in crime in the Preah Sihanouk province – including murder, drug trafficking and gambling – leading to extortion and kidnapping.

Kheng said the foreign population has increased to 30,000 in the coastal province, with illegal activities mostly committed by these nationals.

“It’s very typical that there are good people and bad people of all nationalities. Because the area is not well managed, it is prone to anarchy. So the team must restore the situation and tackle the problems to ensure that this popular tourist site is of good security,” said Kheng.

Cheat Sotheary, who leads a rights group called Adhoc in the province, said that authorities need to set tougher conditions on foreign companies and take serious actions against foreign nationals to curb crime.

“The mushrooming of Chinese businesses have disgruntled some local business people so I think it’s important for the companies to facilitate that local businesses stay open. The authorities should be enforcing the immigration law strictly and suppressing all crimes,” she said.

Earlier this year, local Governor Yun Min wrote a letter to the government with concerns that China’s increasing involvement and investment in the Sihanoukville Province has pushed up the crime rate and brought instability to the province.

The three page letter, which was sent to the interior minister said that the influx of Chinese investors had “created opportunities for Chinese mafia to come in and commit various crimes and kidnap Chinese investors, causing insecurity in the province.”

Sihanoukville, a sleepy coastal town in Cambodia, saw a surge in China-driven interest in the hotel and casino industry.

Many of the casinos are integrated into hotels, which are opening rapidly to take advantage of rising visitor numbers and increased flight connections.

Governor Min admitted that Chinese investment has created jobs for the city and pushed up  real estate prices.