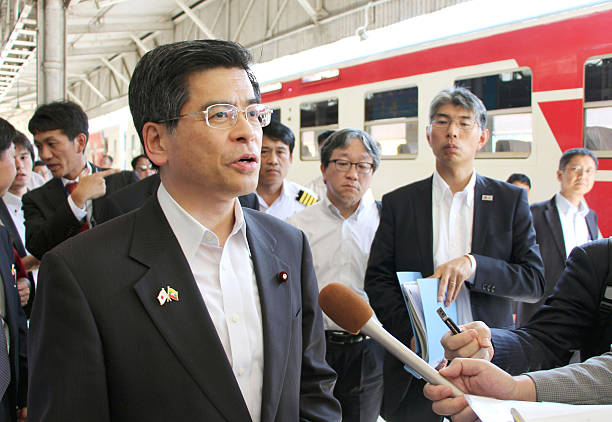 Much of the Japanese news media has prominently featured denunciations launched by opposition lawmakers at Minister of Land, Infrastructure, Transport and Tourism Keiichi Ishii for his decision to spend six hours on Tuesday attending House of Councillors committee debate on the IR bill rather than prioritize management of the flood disaster in western Japan.

“Which is the more important—gambling or human life?” demanded Constitutional Democratic Party of Japan lawmaker Shinkun Haku. His party colleague Kiyomi Tsujimoto provided her opinion as follows: “Even as they say human life is most important, their actions show that casinos come first. It’s truly dumbfounding.”

Another opposition lawmaker, Hiroshi Ogushi, wrote in his blog, “At this stage to have Minister Ishii working on the enactment of the casino bill rather than devoting himself to disaster countermeasures is insane.”

Akahata, the newspaper of the Japan Communist Party, editorialized that the minister’s sense of priorities was “completely abnormal.”

During the House of Representatives IR Implementation Bill in mid-June, opposition parties had submitted a “no confidence” motion against Minister Ishii, alleging that, “He is trying to push through a casino bill about which the public’s understanding has not advanced at all, and we cannot help doubting his quality as a Cabinet minister.”

It seems quite possible that the opposition parties within the House of Councillors will also attempt to censure Minister Ishii, who is also the only Cabinet minister from the ruling coalition Komeito party.

In terms of the passage of the IR Implementation Bill before the closing of the Diet session on July 22, these opposition maneuvers are unlikely to prove effective, though they may have some impact on public opinion going forward.