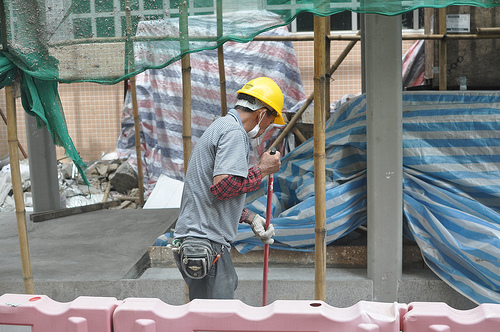 Professor Shi Wei, a researcher at the Department of Communication at University of Macau told MNA that that contrary to local sentiment, Macau “would not be better” without migrant workers. She has urged local authorities to do more to change this perception.

Shi Wei’s advice comes from a recent launched book titled “Drifting Around China and Las Vegas: Migrant Workers in Macau”, which takes a look into migrant workers’ lives and their contribution to the city’s economy.

According to statistics from the Labor Affairs Bureau, the number of foreign workers in Macau is 181,723, up 1.7 percent year-on-year. The majority of these workers come from Mainland China, comprising of 114,245 workers.

The largest employers were those from the hospitality industry, followed by construction workers.

According to the Professor’s research, there has been some level of divide between local residents and migrant workers.

“There is conflict … local residents consider that with more migrant workers public facilities or buses have become more crowded; or that migrants take their jobs,” she explained.

A common view from local residents tends to be considering foreign workers are “just labor” or just “figures in official documents” when it comes to the government, said the professor.

“They are human beings and I think society needs to realize that they are important for everyday life since they support it. They do all the service jobs in Macau, casino security, restaurant waiters and helpers. There needs to be more mutual understanding of each other and not just seeing them as outsiders or labor.”

The researcher has proposed some simple measures to improve the conditions for migrant workers, such as issuing shuttle buses to carry mainland workers from the border to the casinos or construction sites, which would ease pressure on public transportation, as well as creating more public spaces where workers can gather during their leisure times as a community.

“Local government can do more to show that we’re all living together and that Macau would not be better without migrant workers, and developing an atmosphere of tolerance,” she concluded.

The report did not include senior or middle-class management staff, who are able to apply for residency after seven years due to their salary levels.