MGM Resorts International on Thursday announced a reshuffle of its leadership team aimed at driving the company’s strategic direction and implement change as part of its MGM 2020 initiative.

Current chief operating officer Corey Sanders will be appointed chief financial officer and will lead the strategic financial transformation that is part of MGM 2020 and will integrate that work with the departments he currently leads including information technology, enterprise analytics, sales, and consumer marketing.

MGM’s current chief financial officer Dan D’Arrigo has chosen to take advantage of the voluntary resignation program offered as part of MGM 2020 and will be resigning from the company and the Board of Directors of MGM China.

Mr. D’Arrigo said he will remain with the Company over the next month in an advisory role to ensure a smooth transition.

Mr. Hornbuckle will oversee operations at all enterprise properties and will lead casino marketing, design, and development, human resources and entertainment.

MGM said that Bill’s vast experience in operations will be leveraged as he leads the operational changes that are part of the MGM 2020 transformation.

“In the more than 23 years of service to the Company, Dan has shown great leadership and is leaving us with an exemplary set of professionals who will support Corey in his new role,” said Jim Murren, chairman, and CEO of MGM Resorts International. “Dan’s contributions to our organization have been invaluable. Over the years, in addition to establishing an incredibly strong finance team, Dan has led billions of dollars in capital market transactions and was instrumental in the acquisitions of Mirage Resorts and Mandalay Resort Group.  We thank Dan for his tireless dedication and lasting impact to the Company and wish him the best in his next endeavor.”

Mr. Murren continued, “As we implement our MGM 2020 plan and undertake the reorganization of the Company’s operating model, and given Dan’s decision, we took the opportunity to thoughtfully examine our leadership roles. Corey’s expertise and intimate knowledge of both the operational and financial structures of MGM Resorts make him uniquely positioned to integrate those operational and financial activities in order to drive efficiency and execute our strategic priorities. The priorities include maximizing the performance of our premier properties and driving consolidated free cash flow growth. By appointing Corey CFO, we are well positioned to reach our financial and strategic targets.”

Mr. Murren added, “Bill is bringing exceptional breadth and depth of industry experience to his expanded role and will be instrumental in driving change as part of MGM 2020. I am looking forward to continuing to work closely with him and the rest of the management team as we evolve our organization.”

The recently announced MGM 2020 program is a company-wide, business-transformation initiative aimed to leverage a more centralized organization to maximize profitability and, through key investments in technology, lay the foundation for the Company’s digital transformation to drive long-term revenue growth. The program was first announced in May 2018.

“Part of MGM 2020 is clarifying responsibilities and driving change. We are creating the path to success through the transformation with this team,” added Mr. Murren. 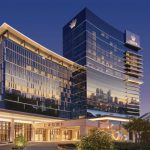 June 5, 2020
Crown Perth is launching the first stage of its return to business this weekend, with eight of the property’s 35 restaurants and bars resuming... 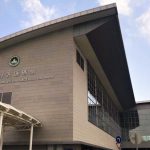 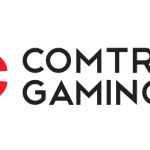