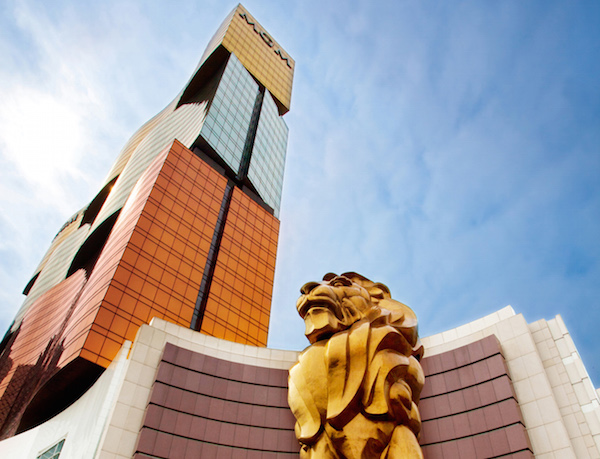 The company reported net revenue of $448.7 million, with its quarterly performance lagging that of its Macau peers to have reported so far. Its stock dropped more than 4 percent in pre-market trading in New York. Despite the decline, revenue from Macau operations was slightly ahead of Deutsche Bank forecasts for $445 million.

The company said volumes in its main floor table games section had fallen 8 percent. This was partially offset by an increase in the hold percentage to 19.3 percent from 18.2 percent in the prior year quarter.

VIP turnover was up 3 percent, though the hold percentage fell to 2.9 percent compared with 3.1 percent in the year earlier period.

Adjusted EBITDA decreased 2 percent to $116 million, compared to $119 million in the prior year quarter, including $8 million of license fee expense in both the current and prior year quarters. This missed the $118.2 million estimate from Deutsche Bank.

The company is operating out of just one property in Macau on the peninsula, while the opening of its new integrated resort on Cotai has been pushed back to later this year.

“We are highly focused on the launch of MGM COTAI during the fourth quarter of this year,” said MGM China CEO Grant Bowie. “This HK$26 billion integrated resort will bring the future of entertainment to Macau today. With innovation throughout every customer offering, we are certain that MGM COTAI supports Macau as a global tourism destination.”

For the company as a whole, MGM Resorts International posted revenue of $2.64 billion for the quarter, compared with $2.26 billion a year earlier. Net income dropped to $210.6 million from $474.3 million.

Among its domestic resorts, MGM said revenue had increased 22 percent over the prior year quarter to $2.1 billion, due to the inclusion of MGM National Harbor and Borgata, and a decrease of 1 percent on a same-store basis primarily due to lower year over year table games hold.

Adjusted property EBITDA, in the U.S. grew 28 percent over the prior year quarter to $658 million.